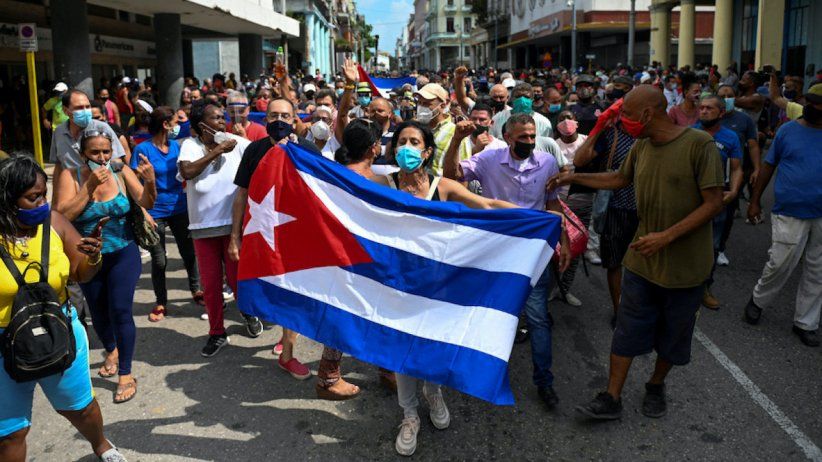 Miami (August 26, 2021) - The Inter American Press Association (IAPA) announces it will coordinate actions with international organizations, freedom of expression entities, and the press to end the Cuban government's censorship and crackdown against dissident voices.

Following a week of virtual meetings with journalists, intellectuals, artists, YouTubers, Catholic priests, and lawyers who defend those prosecuted by the Castro regime, the IAPA highlighted the restrictive freedoms citizens faced in Cuba. The Inter American Press Association said that after the protests of July 11, the crackdown against independent journalism increased through arbitrary citations and detentions. IAPA cited Decree 35, which criminalizes the opinion of users in social media, as the reason for the increased restrictions on freedom of expression.

The Inter American Press Association stressed the need for the international press to continue reporting on what is happening on the Caribbean island, which will create a shield for independent journalism and allow world leaders to focus on Cuba, which has not had free freedom elections since 1948.

IAPA's virtual mission concluded its work with a document that stresses, "Independent journalism in Cuba is going through its most critical period in decades. IAPA, however, said, "At the same time, independent journalists are experiencing its moment of greatest connection with the people. A historical responsibility reflects a process of citizen participation unprecedented since the beginning of the dictatorship."

The Inter American Press Association round of talks began on Monday 16, a month after the crackdown of massive protests demanded freedom be restored to the island.

The president of the continental entity, Jorge Canahuati, stressed that this was one of the few missions that, while in virtual format, the IAPA was able to carry out in Cuba since the arrival of communism to power. However, Canahuati, president of the OPSA Group of Honduras, added, "the international community must demand respect for fundamental human rights on the island and support the courage of independent journalists who risk their freedom every day."

Carlos Jornet, president of the IAPA Committee on Freedom of the Press and Information and director of the Argentine media La Voz del Interior, explained: "the objective was to know directly from the protagonists the reality that exists today in Cuba, and to seek the more appropriate actions to contribute to guaranteeing free expression and citizen debate, central claims during the recent events."

Jornet led the conversations together with the entity's executive director, Ricardo Trotti, who highlighted the role that independent journalism plays on the island today and highlighted "the unavoidable value of social media in the permanent search of citizens for areas of freedom."

The final document states: "The whereabouts of many detainees (in the protests that began on Sunday, July 11) is unknown since authorities have not provided information to families and do not allow visits or allow them to bring food to the detention centers."

The report includes testimonies of arbitrary incarceration, inhumane detention conditions, overcrowding even with patients suffering from Covid, and information that detained persons cannot communicate with their relatives for seven days, even though procedural norms allow for communication within 24 hours.

Defense lawyers reported beatings and lacerations of wrists at the time of the arrests and transfers. In addition, IAPA directors received complaints from female journalists of gender violence, sexual abuse due to unreasonable police searches, detention in cells without privacy even to clean themselves, and online violence due to the comments they receive on Facebook from false accounts.

In addition, the report details the hacking of accounts and identity theft to post information on social media that could eventually lead to criminal charges.

It is essential to point out that social media helped boost the protests and increase the calls to not remain silent amid the regime's abuses.

Therefore, the social media influence explains one of the government's first measures following the protest - the issuance of Decree-Law 35, which seeks to regulate the use of social media and the Internet.

The announcement of Decree 35 and the few government responses to the people's demands have led several of those interviewed not to be very optimistic about changes by the Cuban government. "The only thing that works is international pressure because the dictatorship wants to preserve six decades of impunity," an interviewee told the IAPA mission.

However, those interviewed by the IAPA claim "nothing will ever be the same again" and that "sooner or later there will be a change in Cuba since the people no longer have anything to lose."

"Young people have already tasted freedom" was one of the phrases collected by the directors of the IAPA.

IAPA requests that digital publications include a link to the document. Printed editions give the broadest possible display of its content to help the claim presented by persecuted Cuban journalists.