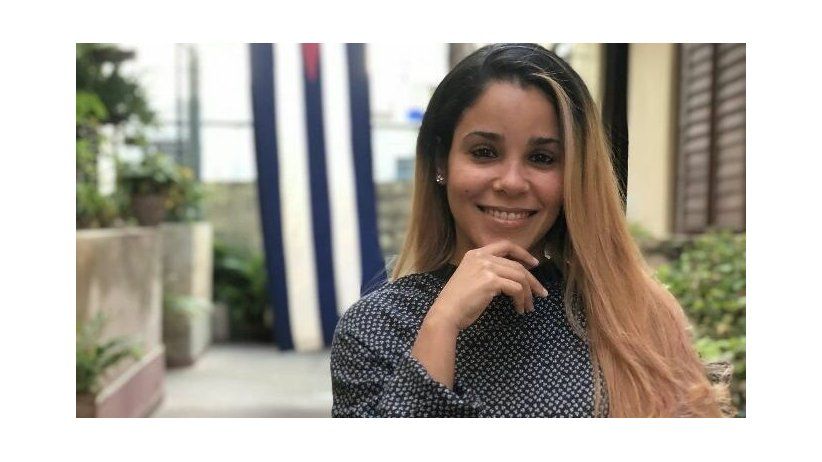 Miami (December 8, 2021) - The Inter American Press Association (IAPA) expressed its solidarity with Cuban journalist Claudia Montero Lescaille, accused of alleged "public disorder." The organization condemned yet another act of repression by the regime against journalists exercising their freedom to inform.

Montero and her partner, activist Fabio Corchado Borroto, also accused of the same "crime," were placed under house arrest and immigration regulations that prevent them from leaving the country. Since last year, the journalist has been a contributor to the CubaNet portal, and the State Security (SE) summoned her for the first time. The officer who interrogated her on December 4 said accused her of distributing counterrevolutionary content in video format to the independent media.

"The regime continues to use judicial, legal, and police persecution to harass and intimidate independent journalists. We have been observing this in an accentuated manner since the protests of July 11, when many independent journalists were subjected to these same measures and were accused, with or without judicial support, of some crime," said IAPA President Jorge Canahuati.

The Committee on Freedom of the Press and Information chairman, Carlos Jornet, insisted on the urgency of "coordinating actions to put an end to censorship and repression in Cuba," an issue IAPA documented after conducting a virtual mission to the country last August.

Montero considers that the state harassment could be retaliation for having hosted journalist Camila Acosta in his home for months after an eviction she suffered. During that period, "we had police and SE surveillance," said Montero, who, together with her partner, are involved in the judicial process against Acosta, who is accused of "instigation to commit a crime."

Canahuati, executive president of Grupo Opsa, of Honduras, and Jornet, editorial director of the newspaper La Voz del Interior, of Argentina, highlighted "the courage and commitment of Cuban independent journalists who, despite being persecuted, continue to inform and exercise their right to freedom of expression."