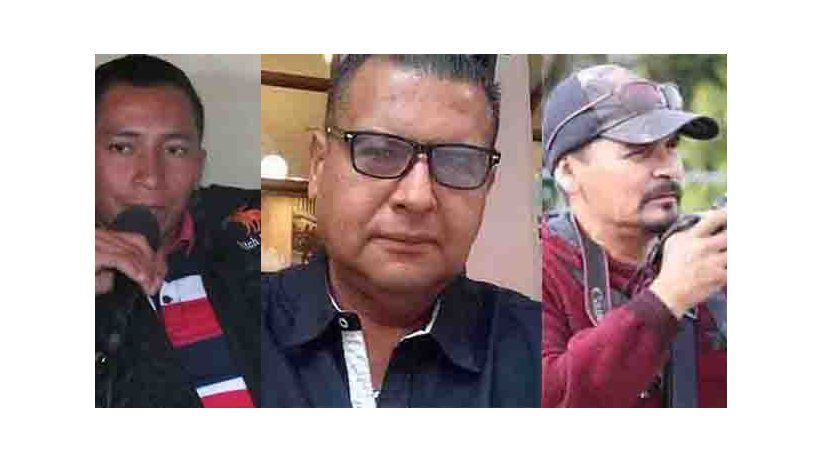 Miami (January 19, 2022) - The Inter American Press Association called on the authorities of Mexico and Honduras to investigate promptly and thoroughly the motives behind the murders of three reporters in recent days. The organization reiterated its complaint about the lack of efficiency of journalists' protection and security systems.

Jorge Canahuati, IAPA president, expressed condolences to the families and colleagues of the victims of these crimes in Mexico and Honduras. "We are alarmed by the defenselessness of journalists in the face of violence. We urge the authorities of both countries to investigate quickly and thoroughly to establish sanctions for the material and intellectual perpetrators of these murders and to find out if they were motivated by journalistic activity," said Canahuati, CEO of Grupo Opsa, of Honduras.

Carlos Jornet, chairman of the IAPA's Committee on Freedom of the Press and Information, said: "We condemn these new crimes which reflect the lack of justice that surrounds the majority of murders of journalists. However, we are also concerned with protection mechanisms that are ineffective in preventing these crimes. Jornet, the editor of the newspaper La Voz del Interior, of Córdoba, Argentina, reiterated that the IAPA has been asking the governments of both countries to review the protocols of the protection systems since they appear to be insufficient and inefficient.

In Mexico, Margarito Martínez, 49, a freelance photojournalist, was shot on January 17 as he was leaving his home in Tijuana, in the state of Baja California. He worked for several national and international media outlets. Days before the murder, Martínez had applied to join the state protection mechanism for journalists after a former police officer accused him of being the editor of two Facebook pages dedicated to the publication of crimes. He feared reprisals from criminal groups.

The State Attorney General's Office informed that the weapon used against the photographer was part of five other crimes between May and June 2020. Authorities are also investigating whether it was a personal dispute with a neighbor.

José Luis Gamboa, an editor of the digital newspaper Inforegio, was attacked on January 10 with a sharp weapon during an alleged robbery in the port of Veracruz. His family identified Gamboa's body on January 14. The governor of Veracruz, Cuitláhuac García Jiménez, considered this crime to be linked to his professional work. On his YouTube channel, Gamboa interviewed politicians and published local reports.

In Honduras, Pablo Isabel Hernández Rivera, 34, an activist and journalist, was shot in the back while going to church in San Marcos de Caiquín, Lempira department, on January 9. For five years, he had worked as director and journalist of the community radio station Tenán 94.1 F.M, "La Voz Indígena Lenca" and had reported threats against him. In February 2021, unknown persons sabotaged the radio station's electrical and internet wiring. Hernández Rivera was also coordinator of church communities and promoter of the Indigenous and Peoples' University, among other activities.

Canahuati and Jornet reiterated the IAPA's urgent call to strengthen protection mechanisms to effectively fulfill their mission of reducing attacks against journalists and guaranteeing their safety.

These three murders in Mexico and Honduras are in addition to those of reporters Wilguens Louissaint and Amady John Wesley, killed on January 6 in Haiti while covering a gang clash.