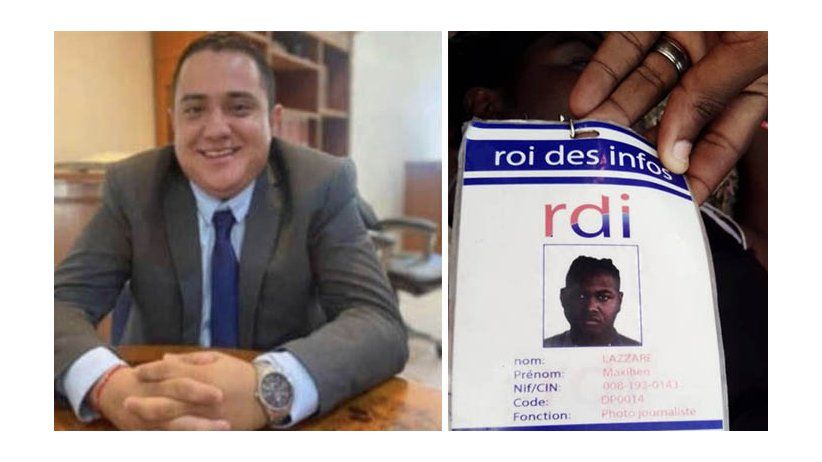 Jorge Camero, from Mexico, and Maxihen Lazarre, from Haiti.

Sixth case in Mexico and third in Haiti this year

Miami (February 25, 2022) - The Inter American Press Association (IAPA) condemned the murders of two journalists in recent hours, one in Mexico and the other in Haiti. The organization lamented the failure of governments to adopt more efficient measures to protect journalists and urged the international community to continue denouncing the violence and impunity affecting journalists in Latin America.

IAPA President Jorge Canahuati expressed his solidarity with the families of colleagues murdered in Mexico, Jorge Camero, and in Haiti, Maxihen Lazarre. Canahuati, executive president of Grupo Opsa of Honduras, said that "unfortunately journalism continues to be a high-risk profession in the region" about the ten journalists murdered in the first two months of the year, six in Mexico, three in Haiti, and one in Honduras.

On the night of February 24, journalist Jorge Camero, director of the portal El Informativo, was murdered in the city of Empalme, in the Mexican state of Sonora. Camero, known as "el Choche," was attacked by gunmen who shot him at least three times in a gym where he used to train. According to local media, Camero was the private secretary to the mayor of Empalme, a position he left on February 9 after being accused by one of his former colleagues of participating in a criminal structure.

On February 23, photojournalist Maxihen Lazarre covered a protest in Port-au-Prince, Haiti, by textile workers demanding better wages when police in a vehicle fired at the demonstrators, according to witnesses. Also injured were journalists Yves Moïse, Radio RCH 2000, and Sony Laurore, Laurore News TV, whose health condition is unknown. The murder of Lazarre, who worked for the Rois des Infos digital media group, is the third this year in Haiti. On January 6, journalists Wilguens Louissaint and Amady John Wesley were killed while covering a clash between gangs in the Haitian capital.

The IAPA's Committee on Freedom of the Press and Information chairman Jornet, the editor of La Voz del Interior of Argentina, said: "We reiterate our request that efficient investigations be carried out to find out the motives for these murders and to administer justice to counteract violence and impunity.

In denouncing the violence against journalists, the IAPA officers urged the international community to continue demanding that the authorities of both countries guarantee the protection and safety of journalists.

IAPA has been working against violence and impunity for 25 years. Presenting cases before the Inter-American Commission on Human Rights (IACHR) stands out among its activities. Precisely in Empalme, where Camero was murdered yesterday, on December 8, 2021, at the behest of a friendly settlement agreement between the government, the IAPA, and the Robert F. Kennedy Human Rights, with the intermediation of the IACHR, a ceremony took place involving the State of Mexico.

On behalf of the national government, Alejandro Encinas Rodríguez, undersecretary for Human Rights, Population and Migration of the Ministry of the Interior, acknowledged international responsibility for the disappearance of journalist Alfredo Jiménez Mota since April 2, 2005.

Also participating in the ceremony were the victim's parents and sister, and the governor of Sonora, Alfonso Durazo Montaño, among other guests. Roberto Rock, second IAPA vice-president and editor of La Silla Rota of Mexico City, also participated on behalf of the IAPA.