Freedom of the Press Freedom of Expression Nicaragua 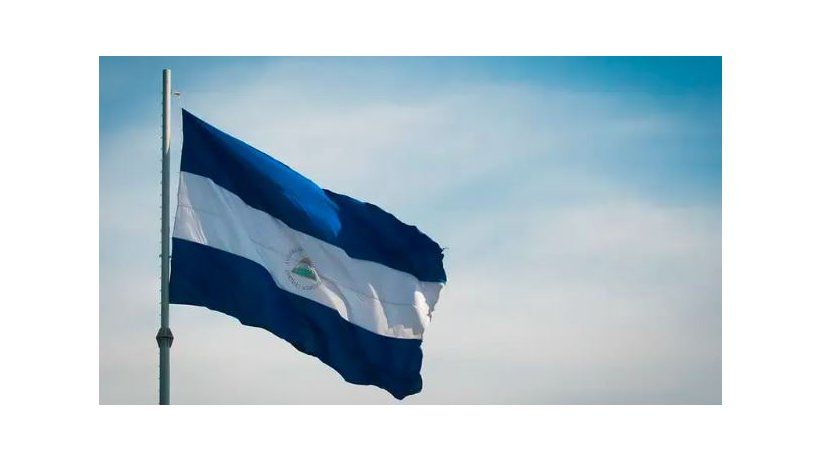 Miami (April 19, 2022) - Twenty-seven national and international press organizations today joined a common voice against the dictatorship in Nicaragua. The organizations proposed a joint action plan to work towards a democratic Nicaragua with full freedom of expression and press freedom.

The Declaration on Nicaragua was released during the IAPA's Mid-Year Meeting, which is being held virtually April 19-21. The organizations signing the document are:

The statement and plan of action follows:

Faced with the systematic persecution of independent journalism, widespread oppression and censorship, the hijacking of public powers, and the demolition of civil society structures in Nicaragua, the undersigned organizations commit to following a plan of action to restore freedom of the press and freedom of expression, as necessary guarantees to restore democracy.

Nicaragua's institutional and social crisis worsened in April 2018 when more than 335 opponents were killed in clashes with the National Police and paramilitary groups.

After drowning in blood the massive civil protests against its government, the regime of Daniel Ortega and Rosario Murillo hardened its position after the claims and sanctions imposed by the international community.

Since then, through legal machinery that included laws on Foreign Agents, Cybercrimes, and People's Sovereignty, the government has imprisoned opponents, persecuted dissidents, closed down civil society organizations, expelled journalists, and confiscated universities and media outlets.

Today, more than 170 political prisoners are estimated, among them the presidential pre-candidate for the November 2021 elections, Cristiana Chamorro, and Pedro Joaquín Chamorro, member of the board of directors of La Prensa newspaper and the Violeta Bárrios de Chamorro Foundation, sentenced to eight and nine years in prison, respectively.

After imprisoning all the candidates for the 2021 elections, Ortega declared himself the winner with more than 75 percent of the votes, with 80 percent abstention. Since then, he has maintained an iron line of repression and terror against any expression of criticism or dissent.

One of the worst attacks on the press occurred in August 2021, with the military seizure and closure of the facilities of La Prensa and the capture of its general manager, Juan Lorenzo Holmann Chamorro, regional vice-president of the IAPA's Committee on Freedom of the Press and Information. As in all trials against dissidents held behind closed doors, Holmann was sentenced to eight years in prison for false crimes and without due process. The court ruling also orders the police custody of La Prensa's assets, which is equivalent to an illegal confiscation and violates Article 44 of the Political Constitution of Nicaragua.

Previously, Confidencial, one of the media with the largest audience in the country, was forced to suspend operations and move to Costa Rica, where more than 120 journalists have been exiled in the last three years. Another independent media outlet, Radio Darío, based in León, was reduced to ashes by government sympathizers who set fire to its facilities in 2018.

Despite international political and economic sanctions aimed at opening up the country, the regime continues to close itself off. For example, it initiated the process to disassociate itself from the Organization of American States (OAS), rejected the presence of international observers in the elections, and recently expelled the International Red Cross and the Vatican Apostolic Nuncio.

Faced with this reality, the undersigned organizations express their commitment to work on the following plan of action to allow Nicaraguans to fulfill their aspirations to live again in freedom, democracy, and the rule of law guarantees.

· Request multilateral organizations to condition the granting of credits and non-humanitarian aid until the government releases political prisoners, returns the facilities to La Prensa, Confidencial, and 100% Noticias; allows the return of media and journalists from exile, and offers guarantees for their work, as established in the Inter-American Democratic Charter.

· Demand, through a press campaign and petitions to the embassies of each country, that the Nicaraguan government releases political prisoners, including journalists Miguel Mora, Miguel Mendoza, and Jaime Arellano, as well as members of the board of La Prensa Cristiana Chamorro, Pedro Joaquín Chamorro and Juan Lorenzo Holmann Chamorro.

· Encourage the governments receiving the exodus of Nicaraguan journalists to continue to do so and urge other governments to welcome them and offer them humanitarian, technological, and economic cooperation to continue to report from exile.

· Negotiate with third country governments to expedite procedures for the granting of humanitarian work visas to journalists persecuted by the regime.

· Conduct promotional campaigns through the media and social networks to encourage donations, memberships, and subscriptions to support the viability of independent Nicaraguan press inside and outside the country.

· Promote a debate with international news agencies and media outlets to maintain in-depth news coverage of Nicaragua so that the issue remains on the global public agenda.

· Support information campaigns that encourage regime officials to denounce human rights and press freedom violations, as was done by the Nicaraguan ambassador to the OAS, Arturo McFields, and the government's advisor to the International Court of Nicaragua, Paul Reichler.

· Ask the United Nations, the OAS, and the Inter-American Commission on Human Rights to open broad spaces for debate to define actions to restore democracy and exercise citizens' rights and fundamental freedoms.

· Urge the governments of the United States and the European Union, amid the climate of international confrontation due to the invasion of Ukraine, not to dissipate their interest in Nicaragua and to firmly seek ways to pressure the Ortega-Murillo regime in favor of peace and democracy.