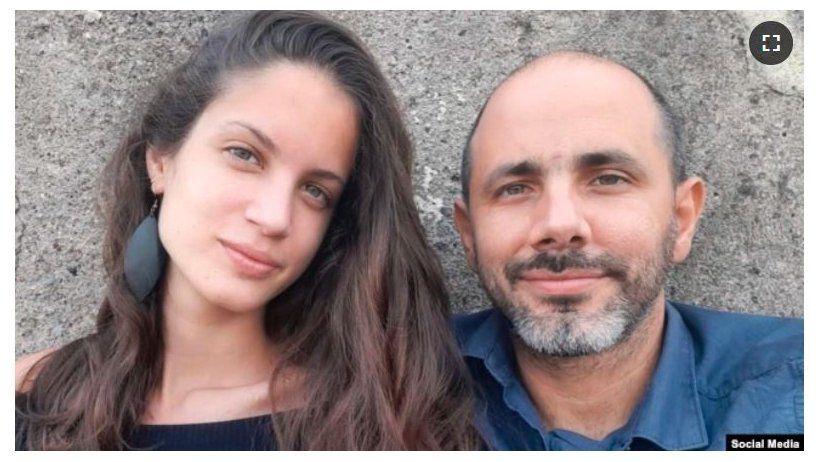 Miami (May 5, 2022) - The Inter American Press Association (IAPA) condemned the detention of independent journalists Henry Constantin and Neife Rigau. The organization denounced that the action is part of a context of repression, police persecution, intolerance of criticism, and disrespect for press freedom and free expression.

Henry Constantín and Neife Rigau, director and photographer of the magazine La Hora de Cuba, respectively, were detained on April 30 in Camagüey after leaving a show at the city's Teatro Principal. Constantín told IAPA that the agents did not present legal documents explaining the detention and did not identify themselves.

Both were taken to the State Security Operations headquarters in the Garrido neighborhood. Currently, Constantin is the regional vice president for Cuba of the IAPA's Committee on Freedom of the Press and Information. He denounced that he was the victim of abuse by an officer of the National Revolutionary Police (PNR) who pushed him and then stepped on his foot.

IAPA President Jorge Canahuati accused the regime of applying repressive tactics against independent journalists for committing "the serious crime" of exercising their right to freedom of expression. He added that journalists are being persecuted for weakening their commitment to the profession. Canahuati, CEO of Grupo Opsa, of Honduras, said that self-censorship of journalists is sought through arbitrary arrests, surveillance, and prohibiting them from leaving their homes and the country. "They are interrogated, fined, and threatened directly or their relatives.

The chairman of the IAPA's Committee on Freedom of the Press and Information, Carlos Jornet, reiterated his solidarity with journalists and independent media in Cuba who, "despite the pressures, continue to struggle to exercise their profession in freedom."

After his arrest, Constantín received a warning notice threatening him with prosecution for public disorder crimes, instigation to commit a crime, unlawful demonstration, and disobedience if he left his home on May 1. As a result, he and Rigau were taken to their home, around which State Security maintained a surveillance scheme throughout the day.

Jornet, the editor of La Voz del Interior of Argentina, recalled the recent IAPA biannual report: "The environment for press freedom continues to be very hostile." But, he added: "with the silver lining being the growing number of Cubans who connect to the Internet and consume and disseminate information other than the official one."

The reason for the arrest was allegedly linked to Ragau's post on Facebook. The photojournalist criticized the May 1 celebration and advised her followers not to participate in the march organized by the government unless they were "demanding respect, better salaries, economic freedom, free unions, decent pensions, in short, a better life for everyone in Cuba."