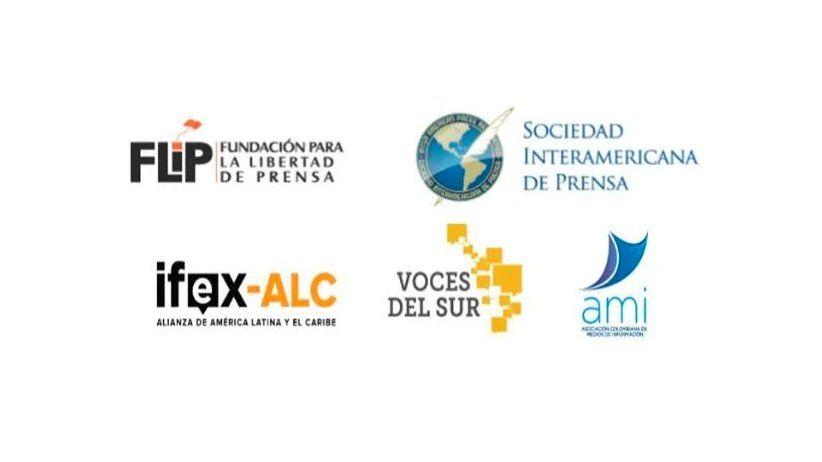 The undersigned organizations highlight the risks of the rhetoric used against the media during the current electoral campaign in Colombia. It creates an environment that attempts to dissuade the exercise of freedom of the press, reduces the diversity of information, and limits the content that citizens can access. It also raises deep concerns about the climate for journalistic work under the government that will be elected on June 19.

Since May 27, the Foundation for Press Freedom (FLIP, in Spanish) and the Electoral Observation Mission (MOE, in Spanish) have expressed their concern about the manipulation of the public conversation on social media, as well as the high level of violence and misinformation in the messages about the presidential debate. A typical pattern is that these attacks occur after journalistic questions and publications are considered harmful to the interests of the campaigns through strategies that generate intimidation and self-censorship.

The informed vote of the citizenry requires a genuine, open, participatory, plural, and transparent social dialogue. Therefore, the obligation of political figures, especially those who assume candidacies, is to show a higher degree of tolerance towards criticism. Unfortunately, both Gustavo Petro's and Rodolfo Hernandez's campaigns have had repeated expressions that hinder press scrutiny of candidates, programs, allies, and financiers.

FLIP has documented 47 aggressions related to election coverage. Twelve of these cases are attributable to members of Pacto Histórico, Gustavo Petro's party; from the other campaign, in the last two weeks of the race, candidate Rodolfo Hernandez and his communications team have been responsible for four attacks.

The content of these messages seeks to implant the idea that "the press lies." Associating a media sector with extremist ideologies and imposing political charges can incite violence against the media and journalists.

We recall that in the face of tensions related to political activity in elections and the guarantee of freedom of expression, the Special Rapporteurs for Freedom of Expression made the following recommendations to political parties, political leaders, and persons holding high public office:

· Adopt and implement measures, such as codes of conduct, that establish minimum standards of behavior for persons running for elected office, including addressing speech that promotes intolerance, discrimination, or hatred or constitutes disinformation intended to limit freedom of expression or other human rights.

· Refrain from making statements that may promote intolerance, discrimination, or misinformation. Instead, use their leadership positions to counteract these social harms and promote cross-cultural understanding and respect for diversity.

· Refrain from intentionally making false or unsubstantiated statements that attack the integrity of journalists, media workers, or human rights defenders.

Because of the above, the undersigned organizations send a general message of support to the Colombian press and categorically reject all forms of violence against the media because it deteriorates public debate.

Consequently, we make an urgent appeal to:

· Presidential candidates Gustavo Petro and Rodolfo Hernández to adopt a clear and public directive within their political campaigns to respect the press and establish conditions for dialogue with those who provide coverage of their candidacy. They must refrain from hostile behavior and issue public messages of support for the journalistic profession and its contribution to the debate to demonstrate their openness to dialogue.

· Political parties, political leaders, and persons holding high public office must address the Special Rapporteurships for Freedom of Expression recommendations of the Joint Declaration of 2021.

· To the Special Rapporteurship for Freedom of Expression of the Inter-American Commission on Human Rights so that after the elections, it can analyze the situation of press freedom in Colombia and present its recommendations to the new government.

Foundation for the Liberty of the Press - FLIP