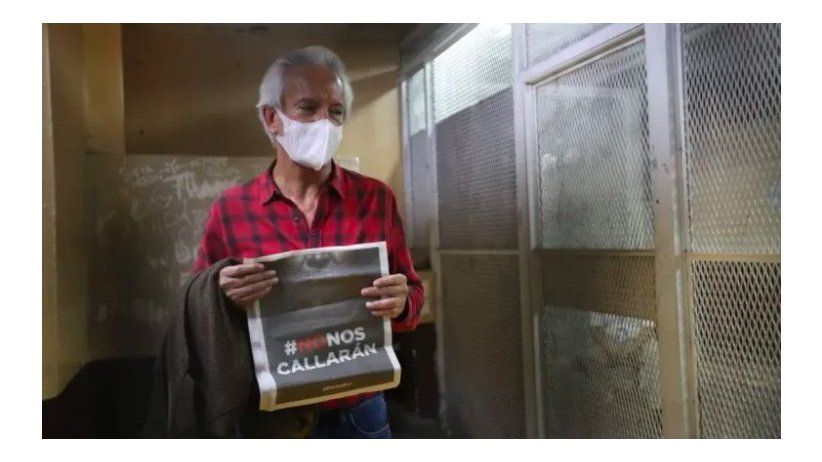 Stresses request for due process and guarantee his integrity.

Miami (August 18, 2022) - In a letter sent to the president of Guatemala regarding the case against journalist José Rubén Zamora, the Inter American Press Association (IAPA) reiterated its request for due process and respect for his integrity and guarantees for the continuity of elPeriódico's work.

The letter to President Alejandro Giammattei, signed by IAPA President Jorge Canahuati and the chairman of the Committee on Freedom of the Press and Information, Carlos Jornet, rejects Zamora's detention and urges his immediate release.

The following is the full text:

The Inter American Press Association, an organization dedicated to the defense of freedom of the press and freedom of expression in the Americas, has closely followed and expressed concern over the trial of José Rubén Zamora, who has been imprisoned since July 29. We consider this case to be an attack on freedom of the press. We, therefore, call for guarantees of due process, respect for the journalist's integrity, and an adequate framework for the continuity of the business and the protection of sources of information and work elements.

We reject his detention as an act of intimidation and harassment against the press and urge the corresponding authorities to release him immediately. Zamora, president of elPeriódico, has suffered reprisals for his journalistic work. In the recent act of persecution, the newspaper was raided, its workers held for hours at the headquarters, and the company's bank accounts seized.

The journalistic investigations of elPeriódico and Zamora, and their denunciations of acts of corruption, have been recognized internationally. Still, in Guatemala, both the media and its director and owner were and are targets of harassment by different governments that reject journalistic oversight of their management and accountability to the public.

In the spirit of the Declaration of Chapultepec, whose first principle states that "no people or society can be free without freedom of expression and of the press" and that "the exercise of this freedom is not something authorities grant; it is an inalienable right of the people," we will continue to follow the development of Zamora's case, to ensure that his rights and physical safety are respected, that he has an independent and fair judicial process, and that freedom of the press is guaranteed in the country, fundamental for the existence of a democratic society."

The IAPA also sent a copy of the letter to the Attorney General of the Republic and Head of the Public Prosecutor's Office of Guatemala, Consuelo Porras.