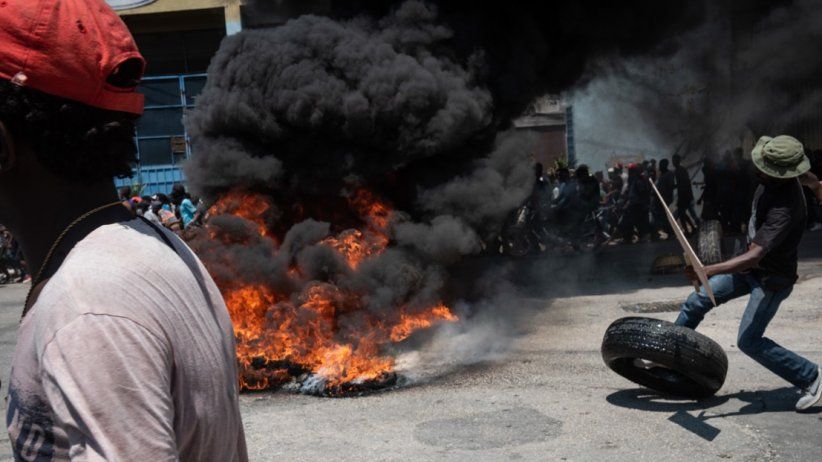 Calls for urgent measures to guarantee freedom of the press and the right to information.

Yesterday, demonstrators attacked the state-owned Radio Television Nationale d'Haiti headquarters in Delmas, Port-au-Prince. According to local media, they set fire to three vehicles, threw stones, and stole equipment from the station. The police dispersed and prevented the complete looting of the facilities.

IAPA President Jorge Canahuati condemned the violence, "especially these latest episodes and the murders of several journalists, which show the great insecurity and lack of protection in which communicators in this country carry out their work." Canahuati, CEO of Grupo Opsa of Honduras, urged the authorities to "take vigorous measures to protect freedom of the press and the right of citizens to be informed."

Carlos Jornet, chairman of the IAPA's Committee on Freedom of the Press and Information, added: "The difficult environment in which our Haitian colleagues work deserves our full attention and solidarity. They are victims of violent demonstrators, gangs and illegal groups, and economic precariousness."

Jornet, the editor of the newspaper La Voz del Interior of Argentina, pointed out that, "Haitian journalism is under serious threat this year, marked by murders, intimidation, kidnappings, and attacks on the media."

On September 13, Radio Model FM was also attacked, resulting in the wounding of a station technician and considerable material damage. Among other violent incidents in recent days, on September 11, journalists Frantzsen Charles of FS News, and Tayson Lartigue of Tijèn Jounalis, were killed while covering clashes between rival gangs in Cité Soleil. These cases follow those of John Wesley Amady of Écoute FM, Wilguens Louissaint, a digital media contributor, killed on January 6, and photojournalist Maxihen Lazarre of Rois des Infos on February 23.

Last week three reporters from Radio Télé Zenith were wounded: Yvenson Joinvil and Youly Destiné, by rubber bullets, and Robest Dimanche, attacked by police officers. A projectile also injured journalist Luly Ménard, apparently accidentally, while observing a protest in the city of Cap-Haïtien from her home.

On July 17, armed individuals kidnapped AlterPresse journalist Edner Décime in the Delmas neighborhood. His captors released him after 20 days in captivity after demanding a ransom.