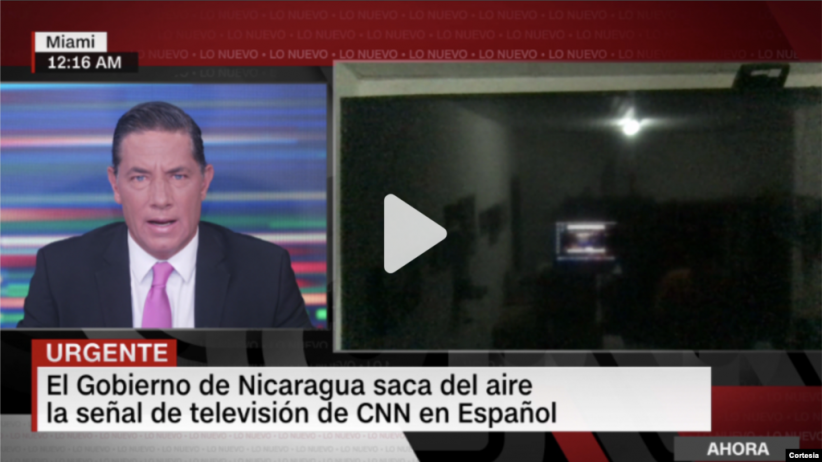 Miami (September 23, 2022) - The Inter American Press Association (IAPA) condemned the blocking in Nicaragua of the cable signal of the news channel CNN en Español. The organization considered the measure "another grotesque example of censorship and persecution" of international media after eliminating "independent Nicaraguan journalism."

Nicaragua canceled the CNN en Español signal on September 21. However, CNN announced that it would continue the service through its portal and Youtube channel and that it had no response after contacting the international private cable operators.

IAPA President Jorge Canahuati said, "We are facing another grotesque example of censorship and persecution of independent journalism in Nicaragua." Canahuati, CEO of Grupo Opsa of Honduras, added, "the regime continues with its process of isolation, this time by attacking international media after it eliminated independent Nicaraguan journalism."

At the next assembly in Madrid, October 27-30, the IAPA will address the role played by private telecommunications companies that authoritarian governments force to block signals and web pages of national and international media.

The chairman of the Committee on Freedom of the Press and Information, Carlos Jornet, considered it "evident that the regime is scrutinizing and continues to close the siege to the communication spaces that remain and those that manage to penetrate the country." Jornet, the editor of La Voz del Interior of Argentina, added, "This is a serious violation of the fundamental rights to freedom of expression and the press."

The attack against the international network follows the press's aggression in the country. Among those, the cancellation of 54 media since 2017, including radio stations, channels, print and digital; the confiscation and theft of La Prensa, Confidencial, and 100% Noticias; the forced exile of 140 journalists and the sentences against journalists Miguel Mora, Miguel Mendoza, and Jaime Arellano, and the directors of La Prensa: Cristiana Chamorro Barrios, Pedro Joaquín Chamorro Barrios, and Juan Lorenzo Holmann, IAPA regional vice-president in Nicaragua. Also, the closure of some 1,800 non-governmental organizations, among other actions.

The IAPA officers reiterated their support for the actions contemplated in the Declaration on Nicaragua, aimed at promoting the reestablishment of freedom, democracy, and guarantees of the rule of law in the country.