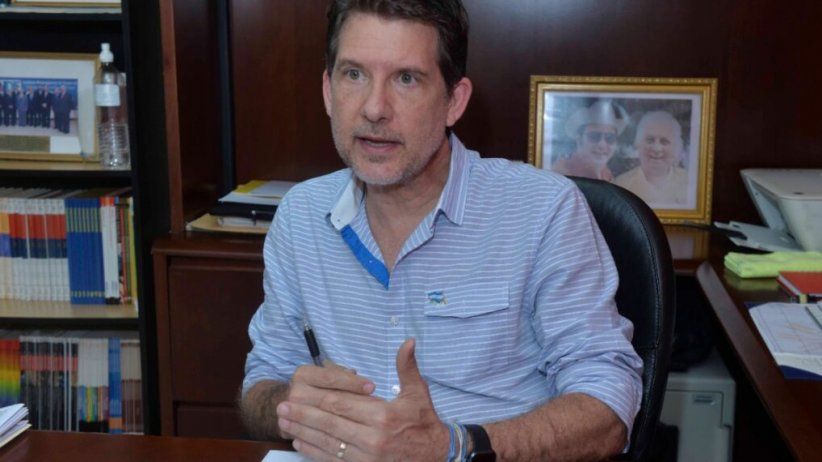 It called for the release of imprisoned journalists in Nicaragua.

Miami (October 3, 2022) - The Inter American Press Association (IAPA) welcomed and thanked the Inter-American Commission on Human Rights (IACHR) for its protective measures for Juan Lorenzo Holmann Chamorro, general manager of the Nicaraguan newspaper La Prensa, and his family. The organization also reiterated its demand for his release and that of other journalists imprisoned by the regime of Daniel Ortega and Rosario Murillo.

On September 29, the IACHR approved Resolution 49/2022, which grants precautionary measures to Holmann Chamorro and his family, considering their "serious and urgent risk of irreparable harm to their rights." Holmann Chamorro has been imprisoned since August 14, 2021, and was sentenced to nine years. The IACHR requested information from the Nicaraguan government on the "inadequate conditions and lack of necessary, timely and adequate medical attention to attend to his health.".

IAPA President Jorge Canahuati and the chairman of the Committee on Freedom of the Press and Information, Carlos Jornet, said: "The IACHR's action is very important to denounce the cruel and inhumane treatment by Daniel Ortega's regime against prisoners of conscience, sentenced without due process and in clear violation of international covenants on the treatment of prisoners."

Holmann Chamorro's daughter, Renata Holmann, will present her testimony on the prison conditions of her father and other prisoners during the IAPA's General Assembly to be held in Madrid from October 27 to 30. Juan Lorenzo Holmann Chamorro is regional vice-president for Nicaragua of the IAPA's Committee on Freedom of the Press and Information.

Canahuati, CEO of Grupo Opsa, of Honduras, and Jornet, editor of La Voz del Interior of Argentina, also demanded the release of journalists Miguel Mora and Miguel Mendoza, sentenced to 13 and nine years in prison, whose families have denounced the deplorable prison conditions and deteriorating health. They also insisted on the annulment of the sentences of Cristiana Chamorro and Pedro Joaquín Chamorro, members of the board of La Prensa, and journalist Jaime Arellano, who are serving their sentences of eight, nine, and 13 years, respectively, in house imprisonment.