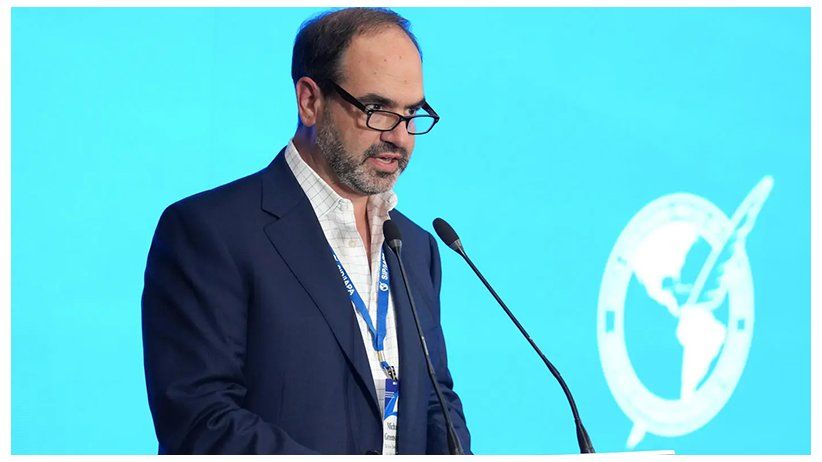 Highlights the challenges faced by the organization in 2022 and commitments for 2023.

Miami (December 27, 2022) - In his customary year-end message from the Inter American Press Association (IAPA), President Michael Greenspon, highlights the challenges faced by the organization in 2022 and commitments for 2023.

Michael Greenspon, Global Director of Print Licensing and Innovation at The New York Times Company, United States, said: "2022 will go down in history as one of the most violent years for the press in the Americas. Forty-two journalists were killed in 10 countries. The scourge of violence and the lack of resolution of crimes against journalists generate a deep fissure in journalistic activity and a threat to democracy in our region that we must combat.

At the General Assembly in Madrid in October, we warned about the "worrying and marked decline in freedom of the press." We based our judgment on the murders but also on the attacks, the exile of 29 communicators due to political persecution, and the imprisonment of 15 others, among them two members of our Board of Directors, Juan Lorenzo Holmann, in Nicaragua, and José Rubén Zamora, in Guatemala.

We made several efforts to neutralize these press freedom violations. We went on a mission to Guatemala earlier this month to demand that the government stop the persecution of the media and journalists, be transparent, and guarantee due process in the judicial process against Zamora. In May, we visited Washington, D.C., to alert the Organization of American States (OAS), the Inter-American Commission on Human Rights, and U.S. agencies about the restrictions on human rights in Nicaragua and Mexico. We also raised with them the severe consequences for democracy if media outlets continue to disappear in the face of the indifference of governments, multilateral agencies, companies, digital platforms, and civil society.

This year we participated in numerous international forums to reiterate our concern and struggle for the economic sustainability of the news industry. As we did at UNESCO last May and at the OAS in early December, I expressed that the media have been steadily losing advertising revenues, once their main livelihood. A large part of advertising in the world has migrated to digital platforms such as Google and Meta. And the paradox of this imbalance is that platforms use media content for free to attract audiences and generate more advertising revenue. In most countries, the media are neither rewarded nor benefited from their content creation.

We emphasize as an institution that the effects of this imbalance are serious. Many media outlets are closing, creating ever-wider information deserts: cities and communities without local journalism. Without local media, without watchdogs, corruption and human rights violations spread, while citizen participation in electoral processes and people's commitment to their communities are reduced. Without local journalism, democracies are more at risk than ever.

In 2023, the challenges will be many. Through numerous projects, with the support of foundations and companies, we will redouble our efforts to ensure the safety and protection of journalists and create a better culture of access to public information.

We will also work with other organizations and platforms, such as Google, to support the sustainability of the media, especially in those regions most vulnerable to economic and political alterations.

We will bring our voice to multilateral organizations, such as the Inter-American Commission on Human Rights, to demand justice in the face of impunity for crimes against journalists. Before UNESCO, we will continue to insist on self-regulation in terms of content moderation on digital platforms. Moreover, we will ensure that any moderation regulation on disinformation, hate speech, and violation of privacy is limited to universal principles on human rights.

Finally, we will continue to seek alliances with other regional and global organizations with whom we share the same mission in favor of press freedom and freedom of expression. This year, together with 26 organizations, we expressed ourselves with the 'Declaration on Nicaragua' and,' with six others, denounced the 'Tragic Year for the Press.'

All our projects and commitment for 2023 will be focused on the principles of our Chapultepec and Salta declarations. They cry out that there can be no true democracy without freedom of the press and sustainable and independent media."