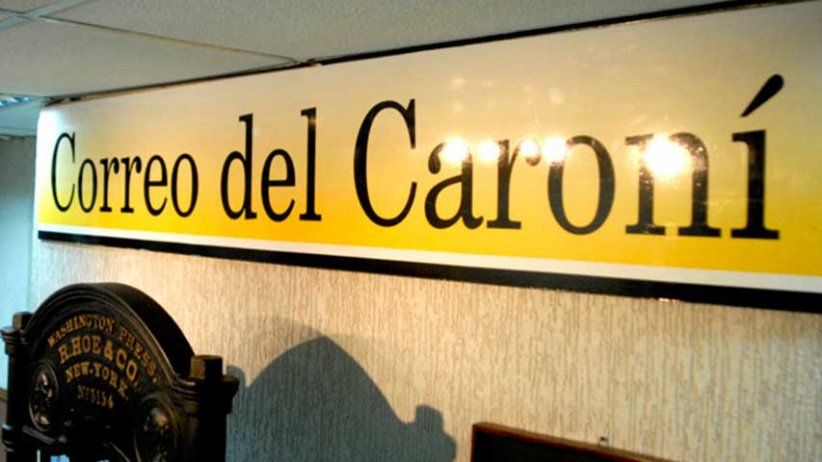 MIAMI, Florida (March 11, 2016)—The Inter American Press Association (IAPA) today protested a four-year prison sentence handed down against David Natera Febres, president and editor of the Venezuelan newspaper Correo del Caroní, on criminal charges of defamation and libel following the publication of reports on corruption in a state company. The IAPA called the prosecution of the journalist a "gross coercion of press freedom and the right of the people to be informed about matters of public interest."

The Bolivar State's Sixth Criminal Court on Friday sentenced Natera Febres to four years in prison, payment of a fine and prohibition from publishing reports concerning the case of corruption in the state-owned company involved in the extraction and processing of iron ore, CVG Ferrominera Orinoco, about which the Correo del Caroní gave wide news coverage in 2013.

Natera Febres's legal representatives have 10 days to appeal the ruling. The judge prohibited him from leaving the country and ordered him to appear before the court every 30 days.

The chairman of the IAPA's Committee on Freedom of the Press and Information, Claudio Paolillo, expressed his solidarity with Natera Febres over what he called "a ruling that has the clear intention of dissuading in-depth and denunciation reporting as has been carried out in this case by Correo del Caroní" and which demonstrates the big deterioration in matters of press freedom in Venezuela, which continues send journalists to prison.

Contrary to the trend to decriminalize defamation offenses in the region an amendment of the Penal Code in 2005 increased punishments from 30 months to four years imprisonment. Defamation was has been made no longer a criminal offense in Argentina, Barbados, Bermuda, Brazil, Costa Rica, El Salvador, Grenada, Jamaica, Mexico, Panama, Peru and Uruguay and partially in Chile and Dominican Republic.

Paolillo, editor of the Montevideo, Uruguay, weekly Búsqueda, added, "This gross coercion of press freedom and the right of the people to be informed on matters of public interest" contravenes the precepts of the Declaration of Principles on Freedom of Expression which establish that "the protection of reputation must be guaranteed only through civil sanctions" and it should "be proven that the journalist had the intent of doing harm" or that "it was carried out with manifest negligence in the search for the truth."

Paolillo criticized the fact that the judge had admitted the argument on the part of the plaintiff that the media should await the sentence of a court in order to be able to inform about a case of corruption.

"With this philosophy," he added, "there is promoted prior censorship and that the media look aside in the face of denunciations of corruption. This is the opposite of precisely what happened in this case, that the newspaper hinted to the authorities to investigate wrongdoing in a state company and which warned society about matters of public interest."

The case against Natera Febres has its origin in a lawsuit that was filed by businessman Yamal Mustafá, one of the officials of the state-owned company dismissed and accused following inquiries carried out by the Attorney General's Office into corruption in Ferrominera Orinoco following the reports published in the newspaper. Mustafá, accused of having alleged links with the irregularities in the running of the state-owned company, was fired last year.