Some 500 radio stations began an arduous trek through the government bureaucracy in order to renew their licenses, while a law calling for the sale of radio frequencies threatens to silence them.

The government passed the General Telecommunications Act in 2011. This law calls for a redistribution of radio frequences and reduces the share of commercial radio stations to 33 percent, with the remaining 67 percent reserved for the State and for "intercultural" and indigenous communities that support the bid of President Evo Morales to remain in office.

The threat to the radio stations is in addition to the suffocating tax burdens that continue to bear down on independent private media outlets, many of which also saw their allocation of government advertising reduced.

The announced shutdown of radio stations and sale of frequencies has come about in a context of mounting opposition to President Morales, who on February 21 lost a referendum that would have allowed him to run for president for a fourth time alongside his Vice President, Álvaro García.

Radio plays a critical role in Bolivia's media landscape, reaching more people than both television and newspapers. As a result, the government, as part of its strategy of cultural, ideological and political domination, has made it a priority to fill the radio waves with messages of support for President Morales.

In the referendum, 51.3 percent of the 5.1 million voters rejected a constitutional amendment that would have allowed President Morales to run in the upcoming elections, while 48.7 percent supported the proposal, which originated with community organizations supportive of the president.

Morales, who has been in power since January 22, 2006, has been reluctant to accept the results of the vote. He has announced a "second round" of voting with the clear intention of prolonging his tenure in defiance of an electorate that is raising questions about acts of corruption committed by those in his political milieu.

The results of the referendum on February 21, 2016, prompted the government and its supporters in the coca growers' federations to propose controls and regulations on social media. President Morales himself has accused those raising questions about his administration on Facebook and other social media of pursuing a "dirty war" that he attributed to "political and foreign" operatives.

As for attacks on journalists and media outlets, the National Press Association (ANP) reported that a total of 29 physical and verbal assaults occurred in 2015, an increase over the 23 reported in 2014. Moreover, Parliament still has not passed the proposed Law on Transparency and Access to Information.

Two journalists were held behind bars pursuant to a court order, a development without precedent in the time since Bolivia's democracy was restored in 1982, and one that violates the protections to which journalists and media outlets are entitled. A third journalist was arrested for making a comment, in a flagrant violation of the constitutional right to express one's opinion. The journalists in question—Juan Carlos Quisbert of El Diario in La Paz; Juan Carlos Paco of Radio Líder in Potosí; and Esteban Farfán Romero, a radio journalist in Yacuiba, on the Argentine border—were arrested and then released a short time later.

Labor unions, political activists, police officers, athletes and sports executives are among the main aggressors, according to the ANP.

In early 2016, President Morales, Vice President García, and Chief of Staff Juan Ramón Quintana accused independent journalists and media outlets of being mouthpieces for right-wing parties and for the United States.

The government's accusations came in response to news of the embezzlement of US$182.7 million from the Fund for the Develpoment of Indigenous Peoples and Peasant Communities (FONDIOC) and the influence-peddling allegations made by journalist Carlos Valverde Bravo, which involve President Morales himself. 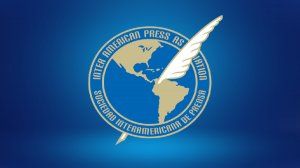