USA: IAPA calls for exhaustive investigation into murder of journalist in Dallas 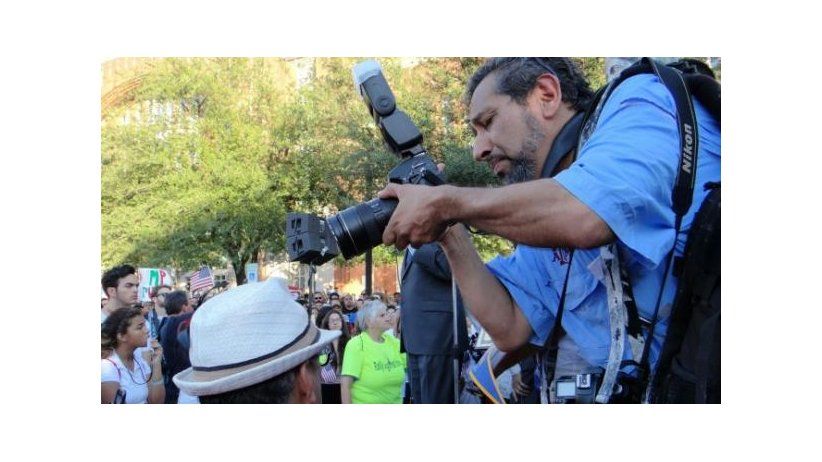 MIAMI, Florida (June 17, 2016)—The Inter American Press Association (IAPA) today condemned the murder of reporter and news photographer Jay Torres in Dallas, Texas, and urged the local authorities to carry out an exhaustive investigation to determine the circumstances of the crime.

Jacinto Torres Hernández, known as Jay Torres, was 57. He also worked as a real estate agent. His body was found on Monday (June 13) in the back patio of a house that he was thinking of renovating in the Garland neighborhood of Dallas.

During nearly two decades Torres was a stringer for La Estrella, the Spanish-language edition of the newspaper Star Telegram, and he belonged to the National Association of Hispanic Journalists.

The chairman of the IAPA's Committee on Freedom of the Press and Information, Claudio Paolillo, offered his condolences to Torres' family and colleagues, and insisted "on the urgency that the authorities investigate, clarify and identify and punish the person or person responsible for this crime."

Torres' family members had not known his whereabouts since last Friday (June 10) and have not ruled out that the murder could be linked to his work as a journalist, as they declared in a press conference that he was investigating matters related to human trafficking and illegal immigration.

Paolillo, editor of the Montevideo, Uruguay, weekly Búsqueda, added, "Based on the experience of the IAPA, which for more than two decades has been following up cases of the murder of journalists in the Americas, we declare that one of the antidotal principles to combat violence and impunity is scrupulous investigation and effective and timely application of justice to criminals."

For his part the editor-in-chief of La Estrella, Juan Antonio Ramos, said that Torres was working on a story for the newspaper which they had talked about last week, and added, "at no time did we think there was any risk." Ramos stressed the painstaking way that Torres worked on his articles.

Torres was born in the Mexican city of Monterrey, in Nuevo León state, and in 1979 immigrated to the United States.