"Serious abuse against freedom of the press in Nicaragua," says the IAPA 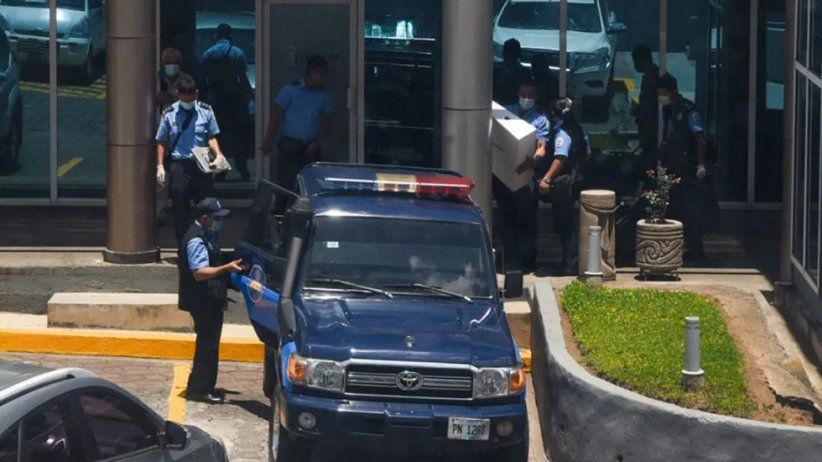 The Ortega government has been using all legal and judicial instruments against the media, journalists, and opponents.

Miami (May 21, 2021).- "This serious abuse to press freedom in Nicaragua deserves our deepest condemnation. It is clear that the government of Daniel Ortega is determined to wipe off the map the media and independent journalists, as well as their political opponents to pave its way to the November elections." This was expressed by the president of the Inter American Press Association (IAPA), Jorge Canahuati, in reference to the new raid on the offices of the Confidencial magazine and its media group.

Thursday around nine in the morning the National Police raided the recording studio of the television news shows Esta Semana and Esta Noche, and the newsroom of the Confidencial portal. These offices were temporarily open after the assault and confiscation of their headquarters in December 2018. In a public complaint, Carlos Fernando Chamorro, director of the media group, released details of the indirect censorship to which his media outlets have been attacked throughout this time.

Canahuati, CEO of Grupo Opsa, from Honduras, condemned the new action of the Ortega regime against the media, which, he said, "has the clear intention of silencing the independent press, something that he has not achieved yet due to the perseverance, transparency and sense of responsibility of our Nicaraguan colleagues, who face a dictatorship that insists on suppressing social and individual freedoms."

Police confiscated boxes and equipment from the recording studio. The cameraman Leonel Gutiérrez was also detained for six hours and was transferred to the national police detention center. In addition, several journalists covering the occupation were arrested.

After expressing the solidarity of the IAPA with the Nicaraguan colleagues, the president of the Committee on Freedom of the Press, Carlos Jornet, agreed with Canahuati by stating: "We have no doubts that the objective of this new action against Confidencial is to make disappear the independent press and the opposition, ahead of the presidential elections next November. We were able to verify that, in addition to the press, the regime seeks to stop other political players." He added, "The raid openly violates points 5, 9 and 13 of the Declaration of Principles on Freedom of Expression approved in 2000 by the Inter-American Commission on Human Rights, which prohibits prior censorship, direct or indirect pressure, intimidation and use of the power of the State to penalize the media based on their editorial line."

The Public Ministry yesterday summoned Cristiana Chamorro, presidential candidate, former director of the Violeta Barrios de Chamorro Foundation organization and sister of the director of Confidencial, to answer this Friday for an accusation for the alleged crime of money laundering. The Foundation suspended its operations last February after refusing to continue operating under the control of the Foreign Agents Regulation law. Non-profit organizations are required by law to register as a "foreign agent" and report the donations they receive.

Canahuati and Jornet, director of La Voz del Interior, from Argentina, agreed that the press freedom situation and the country's political situation have deteriorated. They added that the Ortega government has been using all legal and judicial instruments against the media, journalists, and opponents. In its recent semi-annual report, the IAPA highlighted the gradual and systematic deterioration of freedom of the press and expression in the Central American country.