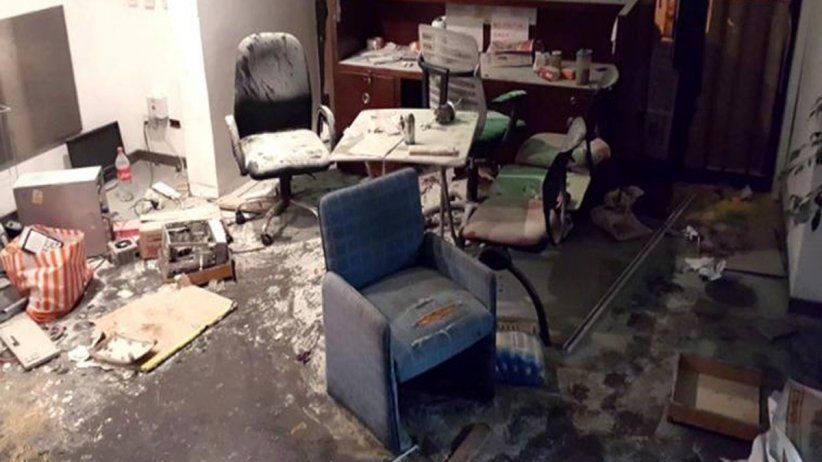 MIAMI, Florida (July 5, 2016)—The Inter American Press Association (IAPA) today called on the Argentine authorities to investigate and identify those responsible for violent actions carried out against the offices and workers of the newspaper Tiempo Argentino and radio station Radio América.

A group of 20 people at dawn yesterday (July 4) broke into the two media outlets' headquarters in Buenos Aires, causing damages and forcing out workers there.

Claudio Paolillo, chairman of the IAPA's Committee on Freedom of the Press and Information, expressed solidarity with the workers involved and joined a request by the Association of Argentine News Entities (Adepa) for the matter to be fully dealt with.

Paolillo, editor of the Montevideo, Uruguay, weekly Búsqueda, also urged the authorities to look into the apparent inaction, slowness and lack of a sense of urgency of the police when the matter was reported as having been carried out by Mariano Martínez Rojas, who claims ownership of those media outlets and was among the people who broke into the premises by force.

This was not the first incident to have been faced by the workers, who several months ago had formed themselves into a cooperative. On June 11 the broadcasting plant had also been forcefully taken over by Martínez Rojas.

The former owners of Tiempo Argentino and Radio América, Sergio Szpolski and Matías Garfunkel, had sold them shortly after last November's presidential elections. The two media outlets had been favored with official advertising by the government of former president Cristina Kirchner.

Martínez Rojas and the people accompanying him were accused by the city's criminal prosecution department of the offenses of seizure and damages caused to the premises.