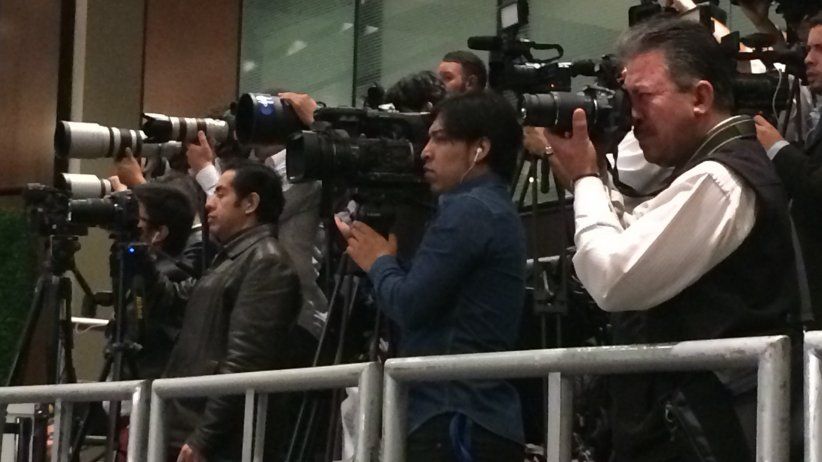 MIAMI, Florida (December 2, 2016)—The Inter American Press Association (IAPA) today urged the authorities of Panama Mexico, Brazil and Argentina to investigate cases of intimidation of journalists in those countries that are seriously restricting press freedom.

Among the cases mentioned by the IAPA is that of Dutch journalist Okke Ornstein, arrested on November 15 on his arrival in Panama. The arrest was understood to have been due to a 2012 sentencing to 20 months in prison for the offense of libel and calumny. Ornstein, a stringer for Al-Jazeera, was sued in Panama for questioning in his blog Bananama Republic business practices of Canadian Monte Friesner being investigated by local authorities. Panama's Penal Code partially decriminalized some aspects of the offenses against honor, however in certain cases it continues to contemplate prison sentences.

Meanwhile in Mexico a reporter with the newspaper Reforma, Iris Velázquez, was attacked and humiliated by Mexico State police officers and Attorney General's Office agents while she covering on November 30 an eviction in the town of Atizapán. She complained that despite the fact that she identified herself as a journalist she was arrested and taken to the Public Prosecutor's Office, where a supposed prosecutor, whom she asked for help, slapped her, spat on her and verbally abused her.

Regarding Brazil the IAPA expressed concern at the ruling of a São Paulo court that authorized the recording of calls made on three telephone lines used by journalist Andreza Matais some years ago in order to attempt to establish the sources she used for a report published in 2012 in the newspaper Folha de S. Paulo about a million-dollar deposit in the Banco de Brazil bank. Matais is currently working at the newspaper O Estado de S. Paulo.

The IAPA also took up a complaint made by Argentina journalist Roberto Navarro. He said in an editorial that he received a bomb threat on November 29, during the broadcast of his program "El Destape" (The Uncorking) on cable television channel C5N in the Argentine capital. The authorities ordered the channel's building to be evacuated. Navarro added that he is the victim of constant death threats.

The chairman of the IAPA's Committee on Freedom of the Press and Information, Roberto Rock, declared that "the full decriminalization of the offenses of libel and calumny in Panama is the only alternative for journalists to be able to deal with, without self-censorship for fear of going to jail, matters of interest to the public."

Rock, editor of La Silla Rota, Mexico, condemned attacks upon journalists in Mexico and Argentina and asked the corresponding authorities "to promptly investigate the attacks and take appropriate actions to prevent greater consequences harming press freedom and the public's right to information."

He also described the court order for recording of phone calls by the Brazilian journalist as "a serious violation of the right to professional secrecy" and a "new judicial attack on press freedom."