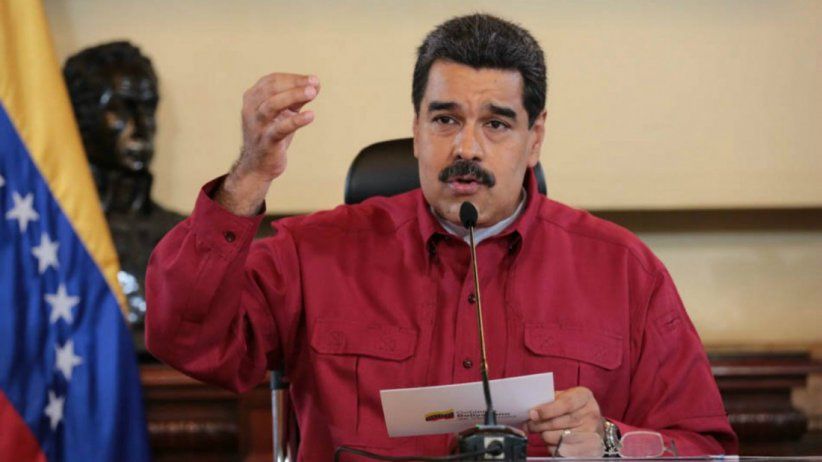 "We are again in a communication combat against the lies of the television channels," Maduro declared (Photo from noticiasdiarias.com.ve)

It condemns threats to independent news media by Nicolás Maduro.

MIAMI, Florida (August 1, 2017)—The Inter American Press Association (IAPA) today condemnd threats made by Venezuelan president Nicolás Maduro to independent news media and expressed fear that freedom of expression and of the press will be even further reduced in the new constitutional reform process that has begun in the South American country.

Following the election of the Constituent National Assembly (ANC) on Sunday President Maduro warned that he would not tolerate anti-government campaigns by the media. "We are again in a communication combat against the lies of the television channels," he declared.

IAPA President Matt Sanders, senior editor and general manager of Deseret Digital Media, Salt Lake City, Utah, condemned Maduro's threats made due to his aversion to independent media and he showed his concern that the government will continue reducing freedom of expression and of the press "which could become evident in a possible constitutional text, as the Constitution of Cuba contains."

Sanders declared that Maduro was always explicit in favor of the Cuban regime. Regarding press freedom and news media Article 53 of the Constitution of Cuba says: "Material conditions for the exercise of that right are provided by the fact that the press, radio, television, cinema, and other mass media are state or social property and can never be private property."

Maduro asked the National Telecommunications Commission (Conatel) to investigate Venezuelan television channel Televen for "advocating criminal behavior" by broadcasting live social protests. The IAPA has been denouncing the intimidation and institutional and physical violence during the news coverage , the arbitrary detentions of members of the press, and the use of such mechanisms as government restrictions of the distribution of newsprint, cancellation of licenses, administrative and legal proceedings, and attacks on headquarters, among other ways of silencing Venezuelan journalists and media.

The chairman of the IAPA's Committee on Freedom of the Press and Information, Roberto Rock, editor of the Mexican portal La Silla Rota, underscored the warnings that the IAPA has been making about the systematic deterioration of democracy and press freedom in the 18 years of the Chavista government.

He stated that the latest IAPA resolution – pronounced in April in coincidence with the start of the social protests – indicated that the crisis continues "compromising essential democratic values such as the division of powers, autonomy of the Legislative Branch, independence of the justice system or the exercise of basic civil rights, such as freedom of expression, the right to dissent or the right to petition authorities, among many others."

freedom of expression Freedom of the press Constituent National Assembly

IAPA announces list of finalists in 2017 Excellence in Journalism contest