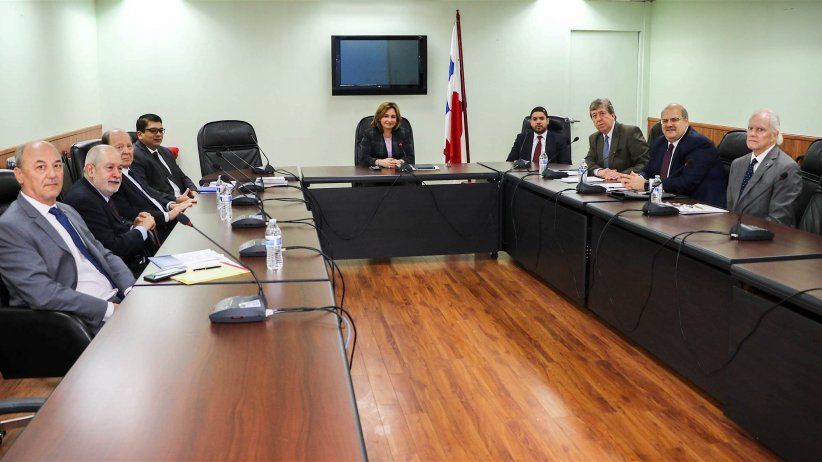 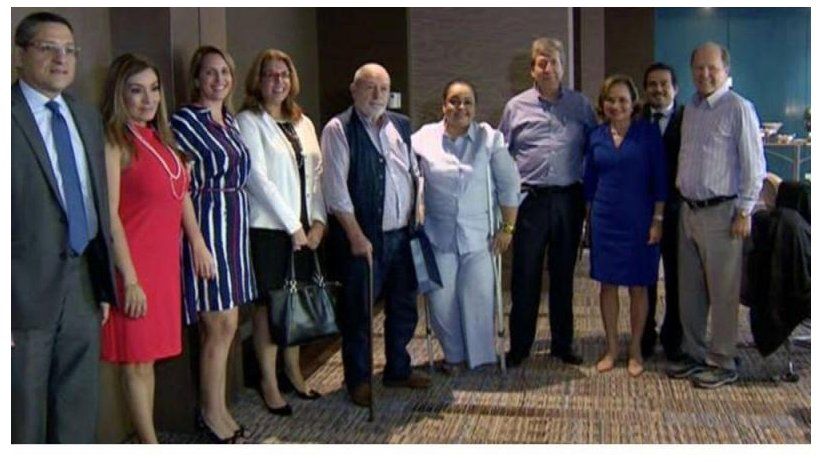 IAPA international delegation with representatives of Journalists Forum for Freedom of Expression and of Information of Panama.

Mission concludes that the shutdown of five Panamanian newspapers will go against informational diversity and plurality in the country.

MIAMI, Florida (September 14, 2017)—The Inter American Press Association (IAPA) today expressed concern at separate decisions by the governments of Panama and the United States that could lead to the potential shutdown of five Panamanian newspapers, which would result in "there being compromised freedom of the press and of expression in reducing the informational diversity and plurality, a primordial condition for democratic health."

The IAPA was in Panama concerning administrative and judicial actions that involve respectively the Grupo Editorial GESE group, which publishes the newspapers El Siglo and La Estrella de Panamá, and Editora EPASA publishing company that publishes the newspapers Panamá América, Crítica and Día a Día. The IAPA mission's conclusions will be discussed at the organization's General Assembly to be held in Salt Lake City, Utah, late next month.

The GESE group has been affected since May 2015 when its main shareholder, Abdul Waked, was included in the United States Treasury Department's Clinton List for alleged money laundering, prohibiting American companies and citizens from maintaining commercial relations with those media.

Waked, whom the Panamanian justice system has not held responsible for any crime to date, has found itself forced to sell other companies of its ownership, but keeps that of the newspapers. Since July 13 this year the United States government has withdrawn from it a special license that would allow the newspapers to operate without restrictions with U.S. suppliers.

In the case of EPASA Attorney General Kenia Porcell reported to the IAPA that the Attorney General's Office is investigating whether in the purchase of the publishing company in 2010, carried out through people linked to former president Ricardo Martinelli (2009-2014), state funds were diverted.

Roberto Rock, chairman of the IAPA's Committee on Freedom of the Press and Information, who headed the delegation, explained that the administrative measures of the United States and the judicial ones of Panama that involve the two editorial groups have reduced their operational and financial capacity, which makes the publication of their newspapers difficult. Besides Rock, editor of the digital portal La Silla Rota of Mexico City, the delegation was made up of former IAPA presidents Edward Seaton, president of Seaton Newspapers, Manhattan, Kansas; Raúl Kraiselburd, editor of El Día, La Plata, Argentina, and Danilo Arbilla, Montevideo, Uruguay, and IAPA Executive Committee chairman and president of Grupo OPSA, San Pedro Sula, Honduras, Jorge Canahuati, and IAPA executive director Ricardo Trotti.

"In addition to the problems that their owners have to deal with," Rock said, "what moves us as an institution is not the corporate defense of these media but that there not be compromised the freedom of the press and of expression in affecting informational diversity and plurality, a primordial condition for democratic health."

President Varela told the delegation that in the case of GESE his government has made diplomatic efforts for the media to be given the due licenses, so that the source of labor not be affected. He added that his government can do little, it being an extraterritorial matter. Concerning EPASA he mentioned that it depends on the investigations by the Attorney General's Office and by the judges that will have to determine if corruption was committed in the event that there have been used public funds for the purchase.

The IAPA delegation also declared its concern to the President at the political color that the EPASA case could have, considering his distancing from former president Martinelli of whom he was vice president. Mentioned to him were denunciations concerning an alleged tax harassment of EPASA, as well as signs of discrimination in official advertising.

The meeting with President Varela lasted more than two hours. There was open talk of other issues concerning freedom of expression regarding regulations that limit access to official information and the dissemination of results of polling, including in non-electoral periods.

Regarding the GESE case National Assembly Chair Yanibel Abrego Smith in a letter sent to the delegation stressed that "to impede, for any reason, the circulation of a news media outlet represents an attack upon the right that the citizenry has to receive information. Even worse if it concerns La Estrella de Panamá, which since 1849 has duly documented the history of Panama and the entire world."

In addition to President Varela, Ambassador Feely and Attorney General Porcell the delegation met with the heads of GESE and EPASA, heads of the newspaper La Prensa, members of the Foundation for Development of Citizenry Freedom, the Panama chapter of International Transparency, Journalists Forum for Freedom of Expression and of Information of Panama, National Journalism Council, and other journalistic personalities and IAPA members in the country. There was also received information from Riccardo Francolini, investigated in the case of the purchase of EPASA, and from journalist Fernando Correa.