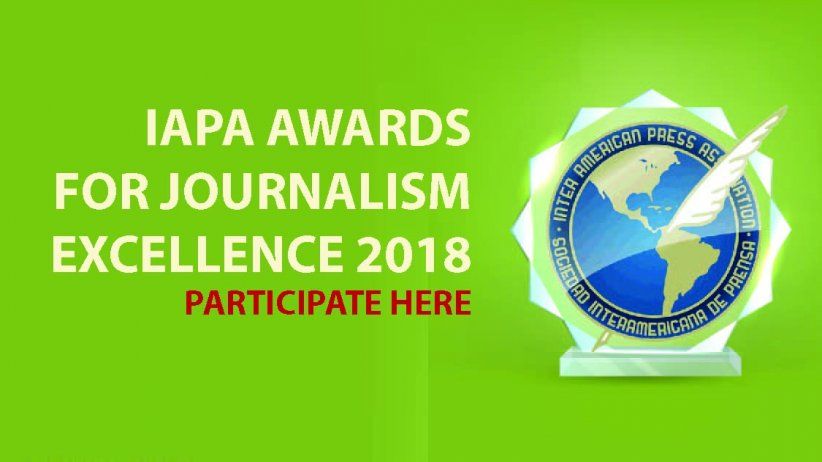 Great interest in the new categories: data journalism, university journalism and mobile news coverage. The closing date is January 30, 2018 at 12 o'clock at night.

Miami (January 15, 2018) .- The Inter-American Press Association (IAPA) announced that there are only two weeks left until the closing of the 2018 Journalistic Excellence contest.