Press freedom and the country's political, social and economic situation have worsened in this period. The dialogue between Alianza Cívica por la Justicia y la Democracia (Civil Alliance for Justice and Democracy) and the Daniel Ortega regime was broken given the non-compliance of the government with several agreements that had been signed and non-acceptance of the Inter-American Commission on Human Rights as guarantor.

There continues unchanged in this period, since the government was installed in 2007, official secrecy regarding public information, where only First Lady and Vice President Rosario Murillo is authorized to speak, which goes against the Law on Access to Information approved in 2007. The government maintains its communication predominance through an oligopoly of television, aggravated by the close down of television channel 100% Noticias and of all the opinion programs of Canal 12, as well as the close down of Confidencial. It in addition maintains discrimination in official advertising, which it gives exclusively to media of the Ortega family.

The print media are in a critical state and in imminent danger of disappearing in the face of a customs blockade on obtaining supplies. Their online versions also are having difficulty surviving due to low income that is generated by paid subscriptions and advertising on the web.

Mid-August was one year of the customs blockage of news media La Prensa, Hoy, El Nuevo Diario and Q'Hubo. As a consequence La Prensa is being published with only eight pages and with commercial brand newsprint, the newspaper Hoy with eight tabloid pages and El Nuevo Diario with 16 tabloid pages, but without Saturday and Sunday editions, while the newspaper Q'Hubo ceased publishing.

The Administrative Customs and Tax Tribunal (TATA) that watches over customs matters, ruled for the third time in favor of La Prensa on August 30, specifying that this resolution exhausts the administrative route and is appeal-able to the court corresponding to the Judicial Branch.

On September 26 Radio Dario was besieged by dozens of police armed with AK-47 rifles who sought to forcefully enter the installations of the city radio station by force and then withdrew from the place.

The customs boycott of the raw material derived from the fact that on September 27, El Nuevo Diario announced in an editorial that as of that day it stopped publishing "due to the adverse economic, technical and logistical circumstances they face."

The cessation of the publication of the newspaper, founded in 1980, represented for the IAPA "a shame for Nicaragua and for the free world", the result of the repressive policy of the Ortega regime to punish the press.

From December The New Newspaper was printed from 38 to 8 pages only from Monday to Friday. On that same date, the popular newspaper Q'Hubo, which along with El Nuevo Diario was distributed by Editorial Nuevo Amanecer, stopped publishing.

Among the agreements that were signed on March 30 there was arranged the release in 90 days of all political prisoners, which were calculated to amount to more than 640, and the safe return of political exiles, among whom were at least 70 journalists. Also it was sought to guarantee the right of meeting, mobilization and public protests, always with the authorization of the police.

With regard to press freedom it was agreed that the government would guarantee the right to the importation of ink and newsprint. The government committed also to "reviewing" the decisions on confiscation of news media supplies, shares and equipment and the cancellation of the legal capacity of several ONGs that were banned in December 2018. The 100% Noticias channel and the installations of Confidencial continue to be taken by the police.

On what the government signed it has complied only partially with the placing in freedom of the majority of political prisoners, through a questionable amnesty. In many cases the release from jail was not declared due to many political trials not having been annulled. There are still in jail more than 100 political prisoners, many accused of common crimes and who were imprisoned after the amnesty.

On June 10 an IAPA delegation was in the country to learn about the state of press freedom and seek the release of journalists Miguel Mora and Lucía Pineda of 100% Noticias. During its stay Mora and Pineda were set free, they meeting with the delegation with the cry of "We are journalists, not delinquents."

On June 10 also released from jail was journalist Marlon Powell under terms of the Amnesty Law. He had been arrested on March 7. After his release Powell complained that he suffered harassment and feared for his life after participating in protests on September 21.

Anibal Toruño, owner of Radio Dario in León city, which was set on fire in the events of April 2018, came back from exile together with journalist Jaime Arellano. They went with a group of the Private-Owned Company Superior Council (COSEP) to visit the city of León. His house and the radio station were painted with threatening graffiti and on return after being detained by the police they were attacked by a mob with stones and pellets, one of which pierced the front screen of the vehicle in which they were moving and ended up on the backseat where the COSEP president was sitting.

The United Nations High Commissioner for Human Rights, Michelle Bachelet, rendered her report on the violations of human rights in Nicaragua. The report, added to the reports of the Inter-American Commission on Human Rights (IACHR) and the interventions of the member states of Latin America, United States and countries of the European Union, revealed crimes against peasants in the north of the country. Bachelet said that the civic space, freedom of expression and of association have been seen to be reduced as a result of the political crisis.

Ortegist Vice-Chancellor Valdrack Jaentschke rejected the report in the session of the Human Rights Council.

The Working Group of the Universal Periodic Examination (EPU) to Nicaragua declared concerning the rejection of 124 of the 259 recommendations that were made to the country during the Universal Periodic Examination (EPU) in May in the Human Rights Council (CDH), including the 100 referred to, to find solutions and adopt measures to solve the crisis of repression unleashed by the regime due to the social protests of April 2018.

The Ortega government prohibited the entry into the country of the high-level Special Commission named by the OAS Permanent Council to seek a peaceful and negotiated solution. The Commission clarified that it will do its work from abroad.

The Violeta B. de Chamorro Foundation documented 1,080 cases of violation of press freedom between April 2018 and 2019.

President Ortega's chains on radio and television imposed by Telcor, with repetitive speeches and of no national interest, seek to occupy spaces to neutralize the media's news.

There continues impunity at more than one year since the murder of journalist Ángel Gahona.

The Supreme Court of Justice (CSJ) has blocked the journalistic work of La Prensa reporter Martha Vásquez since February 26, 2018, prohibiting her from entering any court.

In an interview published in "The Grayzone" in August President Ortega declared that in Nicaragua "there exists absolute freedom of expression," perhaps in response to the La Prensa publication on August 26 that on the front page denounced "the 25 events which show that Ortega lies."

At the beginning of October, during the hearings before the IACHR to consider requests for precautionary measures from editors, journalists and family members of the assaulted media, the government alleged that Mora and Pineda were imprisoned, and their assets, including 100% News, were confiscated because " They deliberately used this means of communication to transmit completely biased social political opinion programs, instigating, promoting hatred and violence and getting directly involved in the coup d'etat ", and not for practicing journalism. Sergio León, owner of Radio La Costeñísima, was also Accused of a similar crime.

According to the Government, the Amnesty Law included the closure of judicial proceedings, immediate release and cancellation of criminal records, but not the return of property or instruments with which the crime was allegedly committed, which contradicts Article 68 of the Constitution that establishes that the media "in no case may be confiscated, as instruments or body of crime, the printing press or its accessories, or any other means or equipment intended for the dissemination of thought."

The government also alleged before the IACHR that it filed the case of the burning of Radio Darío, which occurred in April 2018, because the station's owner, Anibal Toruño, allegedly refused to provide information to the Police.

Regarding the invasion and assault of the newsrooms of Confidencial and Esta Semana, the government indicated that two appeals are pending in the Supreme Court of Justice

Nicaragua freedom of the press 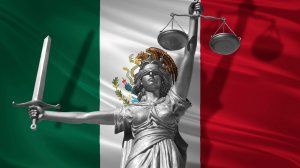 IAPA concerned about possible criminalization of defamation in Mexico 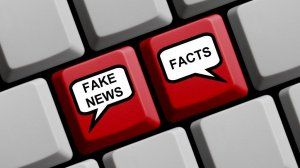