During this period there continue to be severe controls and sanctions on journalists who go in pursuit of news deemed inconvenient for the government; as well as restrictions to the availability of information and interference with the task of journalists through permanent surveillance of their activity.

These issues reflect the concern of the Canadian Civil Liberties Association about the existence of serious threats to the Constitutional Right to dissent and express personal opinions, beliefs and interpretations of social, scientific, political and economic issues.

With the heightened crisis faced by the Liberal Government as it dealt with its former Attorney General, Jody Wilson-Raybould and former Liberal Member of Parliament Jane Philpott in the wake of the SNC-Lavalin corruption investigation, there were several pleas for greater transparency and access to the information that was being discussed at the higher levels of government. Then came the positions of the government regarding the scandal, which then led to a perception that its needed an urgent Democratic Reform and a stronger stance in the Legislative and Judicial Branches in the contemplation of Accountability of government authorities.

As a "historic" victory for freedom of the press is consider the September 27th Supreme Court ruling which set aside a disclosure order issued by the Superior Court of Quebec that would have forced the Radio-Canada journalist, Marie-Maude Denis, to disclosure her source. The highest court said that the protection of the sources is important and it has to be in the highest public interest to force a journalist to reveal their sources.

The upcoming Federal Election on the 21st of October 2019, the debate about the transparency of the government has acquired a life of its own, as it becomes the fodder for political manipulation and heated promises of a constitutional reform.

A new factor affecting political debate and freedom of information is the autocratic manner in which the Liberal Party has decided to appoint the different regional candidates who will represent that Party in the Federal debate, bypassing its own partisan rules for the democratic election, Riding by Riding of each appointee. The Heads of the organization answered that according to internal Party Rules, there is no obligation for the Party to disclose the reasons they have to green light or veto a candidate. 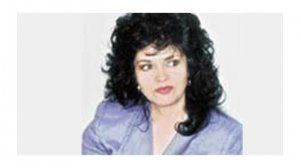