IAPA condemns the constant aggressions against the press in Bolivia 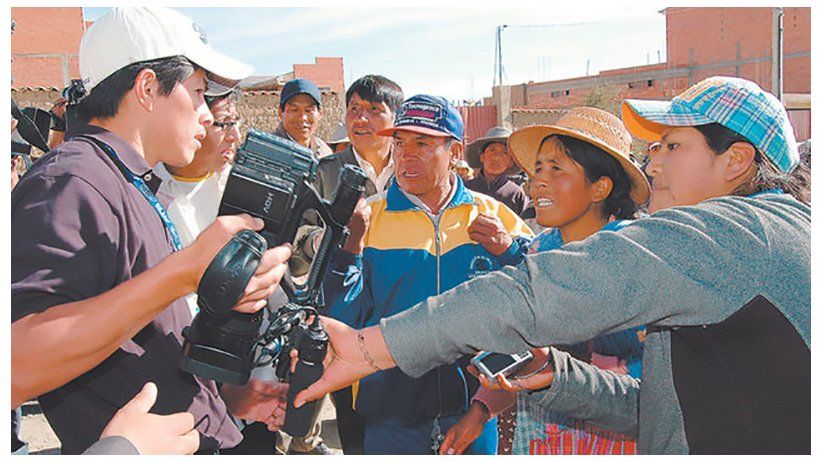 The National Press Association of Bolivia (ANP) documented, up to Wednesday, 15 cases of direct attacks against journalists after the general elections of October 20.

Miami (October 31, 2019) - The Inter-American Press Association (IAPA) strongly condemned the proliferation of attacks and restrictions against journalists and the media in Bolivia and demanded the government of President Evo Morales who, despite the climate of political polarization, guarantee the right to information.

The National Press Association of Bolivia (ANP) documented, up to Wednesday, 15 cases of direct attacks against journalists after the general elections of October 20.

"We urge President Morales to avoid further deterioration of democracy in Bolivia by respecting the free exercise of journalism at a time when citizens need more objective information that can contribute to overcoming the crisis," said the president of the IAPA, Christopher Barnes, director of The Gleaner newspaper in Kingston, Jamaica.

Several journalists have suffered threats, physical aggression and harassment. Many of them were injured or threatened for spreading information related to the alleged electoral fraud. Cyber-attacks were also recorded and in many cases the media were prevented from publishing on social media.

The president of the IAPA Press Freedom and Information Committee, Roberto Rock, expressed his support for Bolivian journalism. "We strongly condemn threats, intimidation and stigmatization against the press, violence that only seeks to generate self-censorship and eradicate criticism."

The Ombudsman, Nadia Cruz, on Monday called on the State and the police to ensure the physical integrity of reporters during journalistic coverage and asked the media not to expose their workers "to high risk situations".

Trade union groups related to the ruling party have intervened against the press, as in the case of transporters who attacked a group of reporters on Wednesday in the city of Cochabamba and the miners who detonate dynamite in the demonstrations putting public safety and journalists at risk in the exercise of his work.