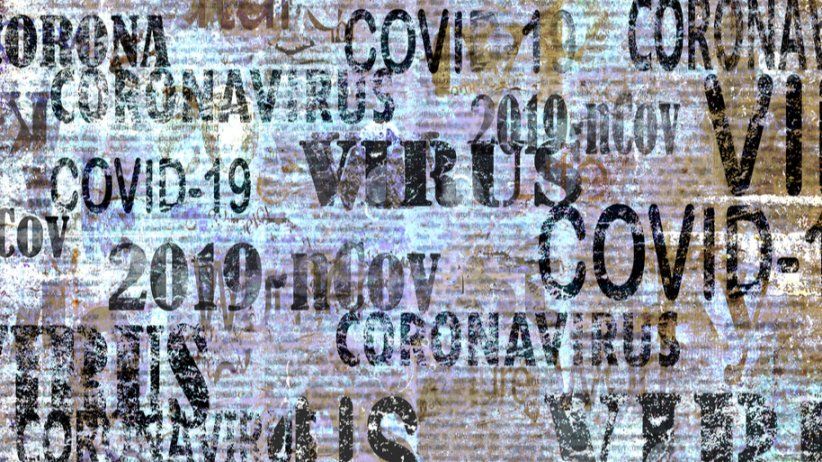 Government decisions to support the media, measures requested by associations, and additional help from digital platforms

ADEPA and other press associations, on April 8, asked the government:

• To develop financial aid programs for the media, such as those generated by the European Union, Italy, Denmark, Spain, France, the Netherlands, Hungary and Lithuania.

• To include all media activities among the beneficiaries of the Work and Production Assistance Program. The State bears 50% of the salary costs during quarantine, up to two minimum wages per employee. Many media accessed this assistance in April and May.

• To extend the payment of employer contributions.

• To access credits at a subsidized rate for working capital.

• To pay the debt for official national, provincial and municipal advertising. In April and May, 40% of the debt of the previous national government was paid.

• To increase the official advertising budget lines. The government promised to anticipate the annual investment planned for the first half and then discuss an increase.

• To implement a tax incentive to encourage advertising investment by private advertisers with post-pandemic tax relief. It would have the double effect of boosting advertising and economic activity. It is a project inspired on the Italian experience, promoted by advertising associations. The project is under discussion between the Executive and Legislative branches.

• To include the digital content production industry in the Knowledge Economy Law, which has tax relief.

• To promote, with the support of the Intellectual Property Commission, the defense of copyright in the digital environment, taking as an example the cases of France, the European Union and Australia.

The National Press Association (ANP) asked the government to adopt "urgent and extraordinary actions", but it was not offered yet any measure or exceptional treatment for the newspapers.

In meetings between the ANP and the former Minister of Communication and the Minister of the Presidency, the government promised to improve the official advertising distribution, facilitating access to emergency credits granted for labor payrolls; studying the possible elimination of tariff charges on paper imports. The government already ruled out the possibility of eliminating double taxation on the sale of printed copies.

The media gained access to credits for the payment of payroll. Official advertising was not reactivated.

The government lifted the health emergency in June to enable banks, pension fund managers, telephone companies, and the internal tax service to begin to clamp down on companies with collections on financial debts, communications services, employer obligations and taxes.

The federal government has set up the Canada Publishers Fund to support the media. Provides non-daily magazine and newspaper publishers with financial support to produce and distribute high-quality Canadian editorial content, using a formula on copies sold or distributed over a 12-month period. The application to the fund expired on March 30, 2020, but there will be more phases. Eligible media must be private or non-profit, controlled mostly by Canadians, have not published more than 56 publications in a year, contain most of their own content and be edited, assembled and published in the country, among other requirements.

The government also allows tax relief on the cost of subscriptions.

The National Press Association and the Media Federation asked the government for a tax exemption support for private companies that advertise in the media, an official communication and official advertising plan that includes paying for the advertising published in the past, and for banks to provide the media with the long-term credit attainment.

On December 1, 2020, legislators from the Radical Change Party (Partido Cambio Radical in Spanish) introduced the Bill 476 to the House of Representatives for the stabilization of the media through economic and fiscal stimulus. The initiative asks the national Fund for Information and Communication Technologies (Fondo Único de Tecnologías de la Información y las Comunicaciones in Spanish) to finance projects to strengthen the operation of the media, including digital transformation. Media will be exempt from paying VAT on advertising between 2021 and 2025; and starting in 2025 and for the next 20 years, the media will be exempt of paying Income Tax, as long as their surpluses is reinvest in the company. It also orders the State to contract advertising and space for official and public announcements without discrimination; offers incentives for those media that have registered a 40% decrease in advertising revenue in 2020; creates mechanisms so that the media can buy supplies for up to 30% of their annual consumption and facilitates distribution channels for print media. The bill establishes that the contracting of advertising in the media will be deductible from income tax up to 75%, and encourages subscriptions, on which citizens can deduct the cost from their income taxes.

The media benefited from general lines of credit to companies to pay salaries.

• To allocate funds for official advertising and public information campaigns.

• To eliminate VAT on advertising.

• To create a special line of credit with Bancoldex and / or Findeter and with guarantees from the National Guarantee Fund.

• To defer fiscal and parafiscal obligations.

• To consolidate purchase of newsprint with the official printing company, to find a better price per volume, to offer subsidy and / or official credit to mitigate the impact on the exchange rate and / or financing.

• To review the cost-pay of space in radio and TV.

• The News Media Alliance, the National Association of Broadcasters (NAB), the National Newspaper Association (NNA) and America's Newspapers, together, called on the government to allow the local media, even though they may belong to corporations, to benefit from the stimulus to companies in general, such as the Paycheck Protection Program, which gives the equivalent of 2.5 months of payroll. Not all media benefited from this program.

• The NewsGuild, representing more than 25,000 journalists, asked the government for media to benefit from the Paycheck Protection Program, support in official advertising, tax credits and a stimulus to subscribers with a tax deduction.

• On April 19, four senators sent a letter to their Senate colleagues urging them to support expansion and access to US Small Business Administration loans to local newspapers. On April 23, three quarters of the national senators asked the government to support the sustainability of the local media with official advertising.

The Media Association (AMC) has requested soft loans to the Central American Bank for Economic Integration.

The AMC also discusses advertising taxes on digital platforms with the government, trying to generate fair competition with the media. The government increased official advertising spending by 30%.

On June 10th the Media Association Jamaica Limited sent a letter to Prime Minister Andrew Holness, asking the government to:

• To commit increases in government advertising.

• To expedite payment of all arrears on government advertising.

Previously the Media Association, on a letter sent on April 3rd, requested the Prime Minister:

• To create an aid fund for media operation, given the example of Germany where a $25 billion fund has been created to keep artists and all media afloat.

• To abolish the obligation of filing and remitting GCT on invoices and having it remitted upon collection instead.

The media benefit from the Reactiva Peru Project, which grants interest-free loans to companies.

• To create a tax cut to private advertisers during 2020.

• To exempt customs duty on ink for six months, as well as to eliminate the VAT for the import of newsprint and ink.

• To pay the debt on official advertising.

• To suspend municipal taxes on media.

• To allow media to differ payment of the employer contributions without interest.

• To suspend for six months the payment of the temporary tax on net assets.

On November 24, 2020, the Senate Budget Committee approved allocating at least 20% of the total amount of official advertising of national scope to media in the interior of the country.

IN THE REST OF THE WORLD

The media could access a package of economic support measures of more than 600 billion euros. The state development bank Kreditanstalt für Wiederaufbau (KfW) offered liquidity support for all companies, including the media.

The government will compensate the media that have registered sharp drops in advertising revenue. The compensation ranges between 50% and 80% of the losses and involves a subsidy of approximately 24 million euros.

On April 1, the government announced a Royal Decree with an injection of 15 million euros to television stations, for costs of audiovisual communication services for digital terrestrial television at the state level, to maintain percentages of mandatory population coverage for 6 months.

The television stations had asked the government to implement and official advertising.

• To suspend contributions to Social Security during the pandemic.

• To streamline and authorize the Temporary Employment Regulation File, for suspension of temporary contracts and reduction of working hours.

• To pay the debt on official advertising.

• To reduce the VAT to 4% on publications and digital content.

• To open a line of subsidized credit through the Official Credit Institute (ICO) or the Spanish Export Credit Insurance Company (CESCE).

• To suspend the Property Tax.

• To launch an institutional communication and advertising plan that reaches all media, including small and medium.

French Parliament approved a tax credit to anyone applying for a new subscription to a current newspaper or magazine. The measure allows a one-time deduction of up to € 50 (£ 45) to be made to households subscribing for the first time, and for at least 12 months, to a newspaper, magazine or online news service "which provides news from a general or political character".

The government announced an aid package that includes the media. The media will receive a tax exemption based on their lost in advertising revenue, and a reduction of employer's contributions.

The newspapers were included in the category of essential goods. The government will allow private advertisers to deduct 30% of what they invest in the media.

The government created a special emergency fund for the sustainability of the media. It includes the suspension of taxes for four months, subsidies for the payment of wages and soft credits, and the support for infrastructure of electronic media and printing of newspapers.

The employers facing a 20% drop in earnings can apply for compensation of wage costs (maximum 90%) for a period of three months.

The government launched an advertising assistance of about $ 56 million and has asked the UK's top 100 advertisers to back the media.

The National Union of Journalists (NUJ) asked the government to apply 6% taxes to technology intermediaries, to create a News Recovery Plan. NUJ requested that media could apply for tax credits for payroll, advertising investment by government agencies for local media, and a tax relief for subscribers. It also proposed the creation of a fund that promotes innovation and local journalism.

The government created a $ 5 million fund to support the media.

On Dec. 3, 2020, the European Commission adopted an Action Plan to support the recovery and transformation of the media and audiovisual sector, particularly hit by the coronavirus crisis. The Action Plan focuses on concrete actions, to help the media sector recover from the crisis by facilitating and broadening access to finance, transform by stimulating investments. Under the Recovery and Resilience Facility, each National Recovery and Resilience Plan will earmark a minimum level of 20% of expenditure for digital by facilitating access to EU support via a dedicated tool for media companies to find all relevant EU funding opportunities. Also, boost investment in the audiovisual industry via a new initiative MEDIA INVEST whose target is to leverage investments of €400 million over a 7-year period, and launch a "NEWS" initiative to bundle actions and support for the news media sector.

• Facebook announced in May that more than 200 media outlets would receive about $ 25 million in grants through the Facebook Journalism Project relief fund for local news. It included 144 US newsrooms, 80 percent of recipients are family or independent owned and more than half are publications by or for African Americans. In Latin America, it created a fund for $ 2 million in aid and in Europe for $ 3 million. In these cases, the media had to submit editorial and innovation projects.