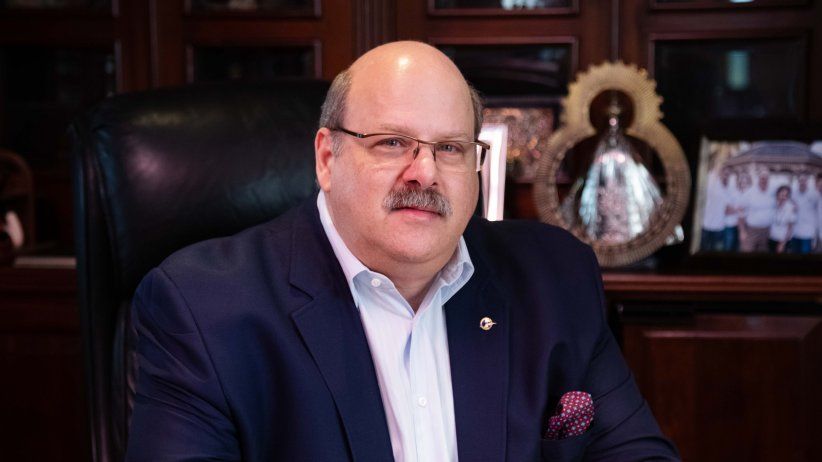 Canahuati urged the IACHR to continue seeking a balance between platforms and media on copyright.

Miami (March 25, 2021).- The Inter American Press Association (IAPA) participated this afternoon in a hearing of the Inter-American Commission on Human Rights (IACHR) on internet content moderation and freedom of expression, in which also spoke representatives of human rights associations and digital platforms, such as Google, Twitter, Facebook and Wikimedia.

Opening the hearing, the president of the IACHR, Antonia Urrejola Noguera, said that, "the hemisphere is at a tipping point characterized by the widespread erosion of public debate." At the end, the IACHR Special Rapporteur for Freedom of Expression, Pedro Vaca, took up the issue of public debate and added digital literacy and moderation of internet content, as part of the future agenda of his office.

At the hearing "Internet Content Moderation and Freedom of Expression in the Americas," IAPA President, Jorge Canahuati, stated that the organization is in favor of "the self-regulation of private platforms." However, he indicated that the platforms "should create more efficient accountability mechanisms for content moderation, cancellations and good practices."

Regarding the cancellation of content of former President Donald Trump on social media, a case that motivated the audience, Canahuati reiterated that the IAPA considered "an abuse of privilege by platforms that have indefinitely blocked the expressions of a public figure." He added that "presuming crimes or misdemeanors that have not yet occurred, without considering the principle of subsequent responsibility, is prior censorship."

He stressed that "as part of a policy of self-regulation to which our Declaration of Salta urges us, these policies, good practices, curation criteria and other community norms must comply with international human rights standards. Therefore, they must be clear, transparent, intelligible, and openly communicated to all users, as well as promoted in permanent digital literacy campaigns."

Canahuati, CEO of Grupo Opsa, from Honduras, was accompanied at the hearing by the president of the IAPA Committee on Freedom of the Press and Information, Carlos Jornet. He warned of the danger about "the movement of legislators in several countries" who seek "to regulate social media" or that governments encourage supranational mechanisms, "that get bogged down in discussions between democratic and authoritarian countries", after which, "end up resulting in restrictions on free expression."

During Canahuati' s presentation, the IAPA recommended the following path: "self-regulation before regulations by governments; that the self-regulation is based on international human rights standards, guaranteeing transparency, due process, the right to defense and appeal in the administrative and judicial stages, and accountability.

Finally, within the framework of other issues that affect the digital ecosystem and the sustainability of the media in a democracy and considering a law in Australia that oblige digital platforms to compensate the media for news content they produce, Canahuati urged the IACHR to continue seeking a balance between platforms and media on copyright. He asked the IACHR to request the Inter-American Court of Human Rights for an advisory opinion on the matter.