WHEREAS, the regime of Nicolás Maduro has intensified violence and judicial harassment against journalists and independent journalism

WHEREAS, there is no institutional independence in the country, the Judiciary is subjected to political power, and the regime continues with its systematic campaign to wipe out the independent press

WHEREAS, the government closed eight radio stations, and the print media that had to migrate to the digital space suffer discretionary and punctual blockades - via the communication companies that offer the service

WHEREAS, the ruling of the Supreme Court of Justice that requires the newspaper El Nacional to pay US$13.2 million in compensation to Diosdado Cabello in a libel suit, is a new blow against press freedom

WHEREAS, many journalists have had criminal investigations brought against them by government authorities with the purpose of silencing and intimidating them

WHEREAS, Principle 1 of the Chapultepec Declaration states: "There are no free people or societies without freedom of speech and press. The exercise of these freedoms is not granted by authorities; it is an inalienable right of the people."

To condemn the systematic violence of Nicolás Maduro's regime against freedom of expression and press freedom.

To demand the cessation of persecution and attacks against journalists and media - as well as the criminalization of independent journalistic activity.

To emphasize that the ruling of the Venezuelan Supreme Court of Justice is a serious violation of press freedom and a blatant misuse of political-judicial power to usurp a media outlet - thus curtailing the Venezuelan people's right of access to information. 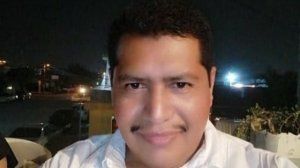