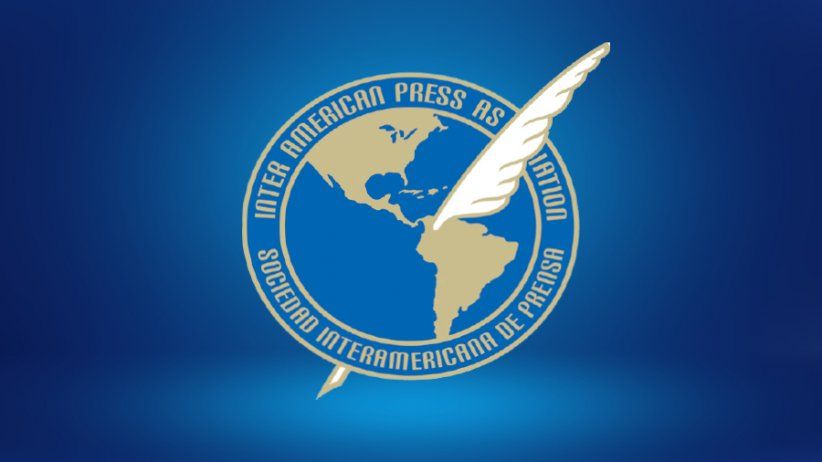 Miami (April 23, 2021).- The Inter American Press Association (IAPA) approved the Conclusions of its Mid-Year Meeting, in which editors from 24 countries debated the main situations that affected freedom of expression and of the press in the Americas in the last semester.

At the meeting, held virtually from April 20 to 23, journalists' denounced stigmatization, attacks against journalists and the media, and judicial and legal harassment, among other issues that affect their work.

Due to the global Covid-19 pandemic, our Mid-Year Meeting was again held virtually - instead of in Saltillo, Mexico, as planned. The first event was to honor the more than 500 journalists and media personnel who have died as a result of the pandemic.

We condemned the murders of eight journalists during this period, four in Mexico, and one each in Colombia, Ecuador, Guatemala and Honduras - and expressed our concern about the statute of limitations in three cases of journalists murdered in Colombia.

The governments of Brazil, Mexico, Ecuador, Guatemala and Honduras were urged to assume their responsibility to identify the perpetrators and masterminds in cases of murder or disappearance of journalists, and the United States government was criticized for its decision not to sanction Prince Mohammed bin Salman of Saudi Arabia - for the murder in 2018 of the columnist Jamal Khashoggi.

Violence against journalists in the exercise of their duties continued during coverage of social protests. The United States reported 133 arrests or detentions of journalists during the exercise of their profession - mostly during Black Lives Matter protests. Other aggressions during the coverage of social protests occurred in Argentina, Bolivia, Brazil, Chile, Guatemala, Haiti, Honduras, Nicaragua, Panama, Peru, Venezuela and Cuba - where 19 independent journalists were reported to have been detained for hours at a time, and at least seven journalists were placed under house arrest without complying with legal requirements.

A warning was also issued regarding the risks faced by women journalists - along with a condemnation of the constant attacks related to stereotypes and gender roles to which they are subjected both during on-site coverages or online. News media companies were also urged to end all types of gender distinctions in terms of benefits and rights, improve protocols against sexual harassment in the workplace, and ensure a harassment-free environment.

Aggressions against journalists on social networks and online forums were reported in Cuba, Ecuador, El Salvador, Guatemala and Bolivia. Most of the threats and insults tend to come from anonymous accounts in an orchestrated manner - as part of clear strategies to make journalists inhibit and self-censor.

In Venezuela, the government closed at least eight radio stations and several print media had to migrate to the digital space - with all kinds of legal and financial restrictions.

Legal harassment continues to be a weapon of censorship for authoritarian governments that seek to control the contents of the independent press. A ruling of the Venezuelan Supreme Court of Justice requires the newspaper El Nacional to pay US$13.2 million in compensation to Diosdado Cabello, in a case of alleged libel - in what is considered a confiscatory ruling that seeks to take control of the newspaper's assets.

The decline of democratic institutions and the absolute interference of the political power over the Judiciary is evident in Venezuela and Nicaragua - among other countries - where criminal cases are constantly brought against journalists and media outlets in order to intimidate them.

Several legislative initiatives are used to censor expression, such as the Law for the Regulation of Foreign Agents in Nicaragua - which restricts the financial operations of several civil and political organizations. This led several organizations to close their operations, including the Violeta Barrios de Chamorro Foundation - which provided vital support to some twenty independent media outlets.

Also, in many countries - such as Nicaragua and Venezuela – on the pretext of reducing the dissemination of false information, legislation is being passed to censor and restrict the citizens' freedom of expression on social networks and the Internet. In Honduras, the new Criminal Code includes sanctions for protests and the dissemination of related information. Panama also seeks to sanction the dissemination of what the authorities consider "fake", "reserved" or "fear-inducing" news.

In Argentina, the concept of "lawfare" was introduced in the official narrative - by which the political power proposes the existence of a conspiratorial collusion between sectors of journalism, politics and justice. It reached such an extreme, that the government submitted a project to the Mercosur Parliament to criminalize "lawfare" and punish journalists who investigate acts of corruption.

The political powers continue to discredit and stigmatize the practice of journalism - creating a hostile climate that may degenerate into concrete violent actions against the media and journalists. Presidents Nayib Bukele, of El Salvador; Jair Bolsonaro, of Brazil; Andrés Manuel López Obrador, of Mexico, and Alberto Fernández, of Argentina, are the main harassers of journalism. Also, in Bolivia, Venezuela, Cuba, El Salvador and Nicaragua, governments use state-run media and social networks to discredit journalists.

In countries such as Costa Rica, Canada and the United States, restrictions on access to public information by the political power and the government were reported - especially in cases of coverage of the health situation generated by the Covid-19 pandemic. In Paraguay, Cuba, Argentina, Puerto Rico, Dominican Republic and Bolivia, journalists faced similar situations regarding the lack of transparency and access to public information.

Special mention went to the constant efforts of journalists and news media throughout the hemisphere, despite having endured more than a year of an unrelenting pandemic and deteriorating health and economic conditions - which have undermined a large part of the media's income.

In this scenario, IAPA President Jorge Canahuati and the Assembly acknowledged the positive initiatives taken by Colombia to promote the practice of independent, self-sustaining journalism, with guarantees for the integrity of its companies and professionals.

In Colombia, the media have worked together with society and the State to promote a clause in the budget law that will allow the government to assist the media in the process of digital transformation - as one of the possible routes to post-pandemic recovery. Congress is also expected to approve a law that will extend economic benefits for the media - including tax incentives for advertisers, as well as economic aid and incentives for the hiring of journalists until 2025.