Mourning at the IAPA over the death of Scott C. Schurz 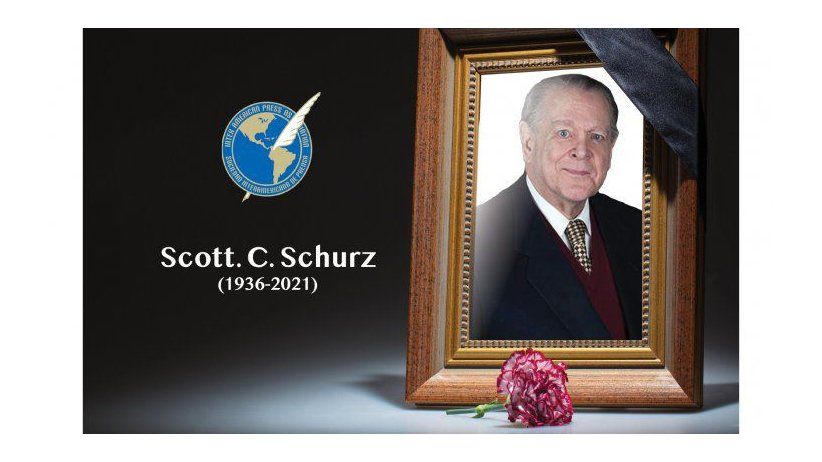 Honorary President for Life of the institution

Miami (May 27, 2021).- The Inter American Press Association (IAPA) deeply mourned the passing of its Honorary Life President, Scott C. Schurz, former president of Schurz Communications Inc., Indiana, who for more than 60 years supported the causes of press freedom in the Americas and the world.

Schurz passed away on May 24 in Bellair, Florida. He was 85 years old. He was a leader in numerous business and news organizations in the United States and internationally. He received several honors for his work on the First Amendment of the United States Constitution, and his philanthropic work in various community causes.

Schurz and his wife Kathryn's relationship with the IAPA dates back to the early 1990s. He was the only officer to have been named Honorary Life President of this institution.

The president of the IAPA, Jorge Canahuati, said that "we will miss his leadership, his joviality and his contagious sense of humor, but above all his sensitivity and solidarity that he gave to all colleagues on the continent who must work in difficult contexts and before authoritarian governments."

Canahuati, CEO of the Grupo OPSA of Honduras, stressed that "Scott inspired us and, as honorary president, left a legacy that solidified our institutional mission to continue fighting for freedom of the press and democracy."

Scott and his three brothers inherited the newspapers of the company from his father, Franklin D. Schurz, who died in 1987. He led the newspapers the Bloomington Herald-Times and The Bedford Times-Mail. In 2019, Schurz Communications sold all of its publishing brands to the GateHouse chain and became a digital services company. Then GateHouse merged with Gannet and now those newspapers are part of the USA Today Network.

Scott is survived by his wife Kathryn Joan Foley whom he married in 1967; his three children, Scott Jr., Alexandra Gewant, and John; and eight grandchildren.

IAPA is a non-profit organization dedicated to the defense and promotion of freedom of the press and expression in the Americas. It is made up of more than 1,300 publications from the western hemisphere; and is based in Miami, Florida, United States.