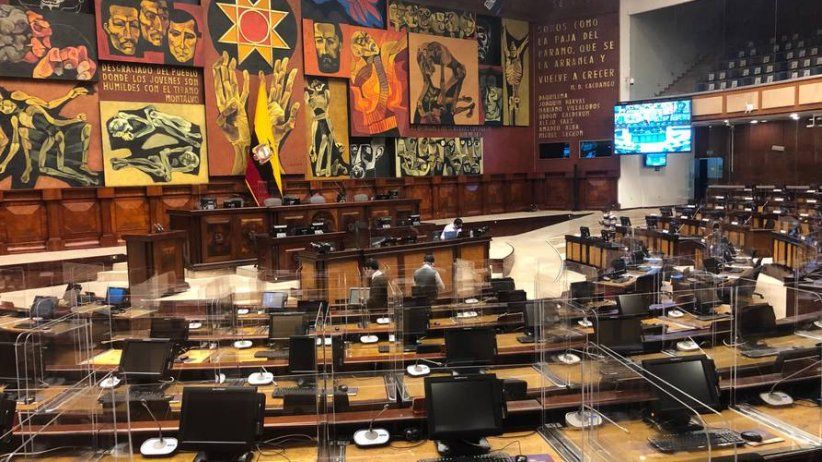 Miami (May 27, 2021).- The Inter American Press Association (IAPA) welcomed the introduction to the National Assembly of Ecuador of a bill to repeal the Organic Law of Communication of 2013. The organization considered the initiative of the new president Guillermo Lasso as a "positive" step for press freedom and democracy in the country.

Lasso, who assumed the presidency this week, submitted on May 25 the proposal of the "Organic Law of Free Expression and Communication," which repeals the current statute, known as the "gag law," approved during the Rafael Correa government. That law created an official censorship regime to prosecute independent media and journalists by regulating journalistic content, imposing administrative and economic sanctions, introducing a new series of "press crimes" and reducing to 33% the licenses granted to the private sector, among other provisions.

"After many years battling against the law that we considered at the time 'the most serious setback for freedom of the press and expression in the recent history of Latin America', at the IAPA we are pleased and consider this action of the Lasso's government as a positive step aimed at reversing the harmful effects of the previous law. We hope that the members of the Congress will support the bill," said Jorge Canahuati, president of the IAPA and CEO of Grupo Opsa, from Honduras.

According to President Lasso, the new bill consisting of three chapters and 14 decrees is taking into account "the international principles of freedom of expression, such as the Declaration of Chapultepec and the Declaration of Human Rights of the Inter-American Commission on Human Rights." It also includes the repeal of articles 1 to 91.4 and 104 to 119.

"We trust that from now on the new government will eliminate the legal mechanisms created to silence the press and will set out again on the path established in international treaties on freedom of expression and of the press," said Carlos Jornet, president of the IAPA Committee on Freedom of the Press and Information and director of the Argentine newspaper La Voz del Interior.

Canahuati and Jornet announced that the IAPA will be sending its observations to Ecuadorian legislators on the valuable text submitted to Congress by President Lasso.

During an IAPA mission to Ecuador in 2019, for the signing of the Declaration of Chapultepec by the then President Lenín Moreno, the IAPA president, María Elvira Domínguez of El País from Cali, Colombia, pointed out that although important reforms had been initiated in the country, there were still elements in the law that could "hinder or trigger anti-freedom of expression interpretations that contravene the values ​​of international conventions, which needs to be thoroughly reviewed."