IAPA rejects stigmatization campaign by the government of Mexico 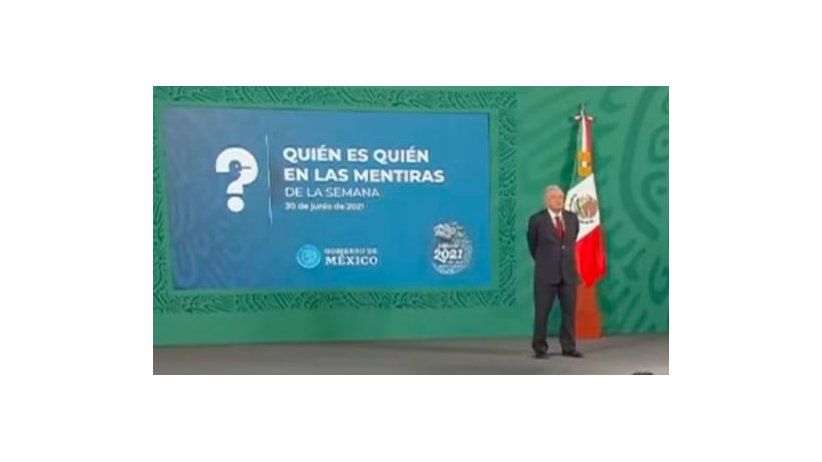 The organization calls for the immediate end to its aggression

Miami (July 2, 2021).- The Inter American Press Association (IAPA) rejects the recurring stigmatization campaign deployed by the government of Andrés Manuel López Obrador against the media and journalists. The organization calls for the immediate end to its aggression, and warns that this form of hostility "tends to degenerate into acts of violence."

In his daily morning conference on June 30, President López Obrador kicked off his segment on the media called "Who's Who in this Week of Lies," dedicated to attacking the media and made accusations against journalists, "pointing out fake news." Journalist Ana Elizabeth García Vilchis presented the first edition of the president's segment.

IAPA President Jorge Canahuati said: "López Obrador's new action against the press is nothing new; he reminds us of the dangerous campaigns by government officials who from the public forum discredit, and censor the independent press."

IAPA's president on the Committee on Freedom of the Press and Information, Carlos Jornet, added that, "in the case of Mexico, one of the countries where exercising journalism poses the highest risk, direct speech with insults against journalists and the media from the Presidency is doubly dangerous, a type of aggression that, as experience indicates usually ends up in acts of violence."

Canahuati, CEO of Grupo Opsa, from Honduras, and Jornet, director of the newspaper La Voz del Interior, from Argentina, said that discrediting journalists either through direct speech or through other resources "creates indirect measures of censorship aimed at distorting the public debate."

As a result of recurring problem of discrediting journalists throughout the region, the IAPA issued some time ago a resolution in which it warned that "regardless of ideological biases by the region's presidents, this is a common practice by president Jair Bolsonaro, in Brazil; Nayib Bukele of El Salvador; Donald Trump in the United States; Jimmy Morales in Guatemala; Andrés Manuel López Obrador in Mexico; Daniel Ortega in Nicaragua, and Nicolás Maduro, in Venezuela."

The IAPA's Declaration of Chapultepec, a Decalogue of principles on freedom of expression and of the press, states that: "The media and journalists should not be subjected to discrimination or favors because of what they write or say."