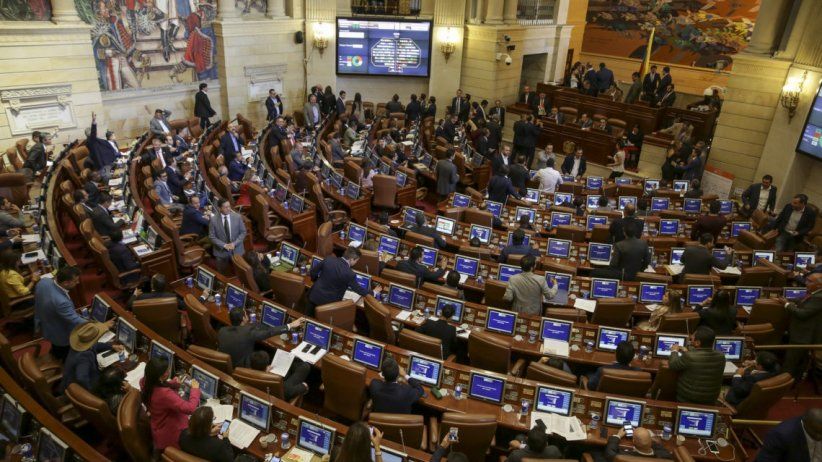 Miami (December 4, 2021) - The Inter-American Press Association (IAPA) considered an attack on press freedom a bill in Colombia that proposes up to 10 years in jail and millions of dollars in fines against those who criticize public officials. The organization requested its elimination, considering it represents a "danger similar to that promoted by the contempt laws that proliferated in Latin America in past decades."

This Monday, the Colombian Congress will discuss a bill on anti-corruption. An article proposes penalties of five to 10 years in prison and a millionaire fine against those who insult or slander public officials and former officials. In addition, it contemplates the cancellation of the legal status of the institutions from which the criticism that is considered libel or slander comes.

Jorge Canahuati, president of the IAPA, said that the institution fought for many decades in Latin America to "eradicate contempt laws or insult laws that served governments to shield their authorities and officials from criticism and investigations by the press." Canahuati, CEO of Opsa, from Honduras, said the bill appears to have a first and last name; "It is a tool to silence the media and journalists."

The president of the IAPA Committee on Freedom of the Press and Information, Carlos Jornet, said: "We are facing an order that privileges officials over citizens, and this creates a different social caste, just as the laws of contempt and insult in other times." Jornet, journalistic director of La Voz del Interior, from Argentina, added: "We are shocked that there is a provision of this type in an anti-corruption law when what is sought is transparency."

After long campaigns by the IAPA and other organizations to protect press freedom, very few Latin American countries maintain laws that shield and protect officials from criticism through jail terms and fines, including Cuba and Venezuela.

Canahuati and Jornet expressed that the law in Colombia is a new gag law. "It will serve as a shield for officials, allowing them to harass and prosecute journalists and media whose work is to investigate, report and encourage the public power to be transparent."

"We hope that the Colombian Congress, an institution that has known how to defend freedom of the press and expression of all citizens, will act accordingly and eliminate these special protections," they concluded.