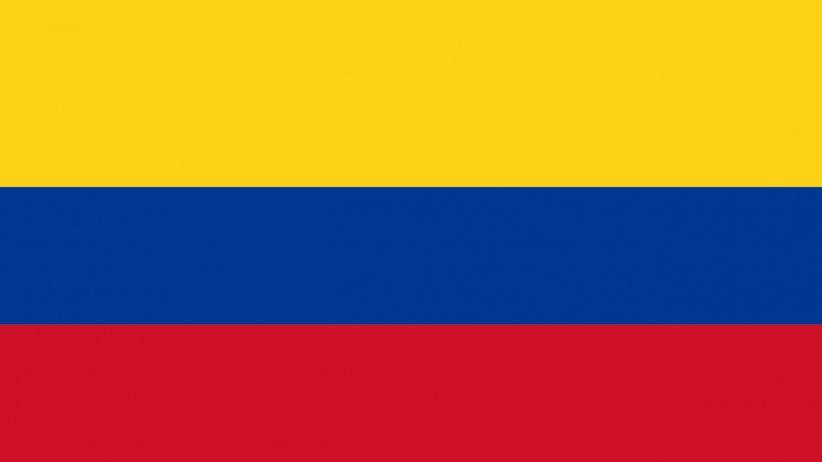 Miami (April 9, 2020) .- Colombian journalists are still under attack in retaliation for their professional work, according to the Inter-American Press Association's semi-annual press freedom report. Great concern has been caused by the "invisible man" platform used by the national army to spy on journalists, as well as magistrates and politicians.

The IAPA report also highlights the high degree of impunity for crimes against journalists.

In this period, the journalistic activity was affected by judicial decisions and by attacks upon journalists on the part of armed groups.

The magazine Semana on January 11 revealed that various units of the National Amy through the platform "Hombre Invisible" (Invisible Man) carried out a plan to threaten and hold illegal interceptions against journalists, human rights defenders, magistrates, politicians and other public officials. These irregular follow-ups were believed to have come from military units and would have as a target various journalists of the publication. In the articles also denounced are threats and blockages through the sending of votes, threats and of illegal vigilance of physical and digital media.

There caused concern the March 10 revelation of the existence in the official profile of the National Army of a list named "Opponents," in which there appear profiles of news media that have carried out investigations into state entities and the personal accounts of various journalists, as well as members of the old Farc guerrilla group, today the Farc political party.

During the social mobilization between November and January there was registered an increase in the denouncements of excessive use of force (attacks and arbitrary detentions) on the part of the police force against journalists. The Foundation for Freedom of the Press (FLIP) documented 54 violations of the work of journalists, of the 184 attacks in general during this period.

The AMI (Information Media Association) submitted a direct appeal in conjunction with Asomedios before the Superintendency of Industry and Commerce regarding Resolution number 92696 of 2018, in which news media through trade unions are urged "to abstain from issuing and divulging advertising campaigns that violate fundamental rights, such as human dignity, equality and non-discrimination against women," this with as motive an advertisement of the Virgin Mobile cellular company published in the Medellín newspaper Q'Hubo.

In its 2018 sentence, after a charge of unconstitutionality of the AMI, that was raised by the Plebiscite for Peace, the Constitutional Court admitted expressly that the Constitution does not give it competence and ruled that the National Electoral Council (CNE) cannot inspect either the content of the information or the opinions divulged to determine if the media have dedicated the same amount of time to the different contenders. Neither did the Court admit the possibility of making extensive the responsibility of the media for inconsistency with the polls.

On October 18, Javier Córdoba Chaguendo, a journalist and announcer who directed a musical program on the Planeta Stereo radio station in Tumaco in the Nariño department, was assassinated. A gunman entered the radio booth and shot him. The attacker fled with another subject on a motorcycle. Córdoba Chaguendo was 38 years old.

On October 28 the Penal Court of the Bogotá High Tribunal confirmed the punishment imposed on Jesús Emiro Pereira Rivera, alias "Huevoepizca," to 40 years and six months in prison for the offenses of kidnapping, torture and violent carnal access, and on Alejandro Cárdenas Orozco, alias "J.J.," to 30 years for the offense of violent carnal access upon journalist Jineth Bedoya when she was covering matters in the Bogotá La Modelo jail on May 25, 2000.

Following the publication of the book "Dejad que los niños vegan a mí" (Let the children come to me) about pederasty in the Colombian Catholic church, journalist Juan Pablo Barrientos has been the object of several guardianship actions, through which they sought to prohibit the circulation and sale of the book. In another action of the same kind, a judge gave him a deadline of four hours to reveal the information of one of his sources, under penalty of opening up penal and/or disciplinary actions.

On December 6 the First Penal Court of the Valledupar Circuit sentenced John René Gélvez, alias "Orbitel," to 80 months in prison for the offense of threats against journalists Juan Pablo Latorre and Katherine Leal.

The journalists of Caracol Televisión in Cali, Eduardo Manzano and Alexander Cárdenas, went into exile after receiving threats. Another reporter of that media outlet, Arlex Piedrahita, was menaced. The intimidation's are related to their coverage of illicit cultivation in Cauca and the denunciations they have made of the presence of Mexican cartels, allied to the dissidents of the Farc in that department.

The portal La Silla Vacía (The Empty Chair) has been receiving threats on the part of Eliminalia, a company that provides service of removing certain information from news portals. This media outlet published an article in which it shows that Eliminalia abuses a United States law on authors' rights for censuring news media. After this La Silla Vacía received a letter from Eliminalia in which it was asked to eliminate the article.

Increasingly there are companies and lawyers that offer services to eliminate information published by news media, affecting the rights of the media and their audiences. Given the perspective of economic and emotional wastage of this kind of processes, the journalists frequently opt for cancelling the information.

The Eighth Municipal Penal Court of Cartagena ordered three days of arrest and a fine of 10 minimum salaries against journalist Edison Lucio Torres for refusing to withdraw the publications in which there is reference to Miguel Arrázola, leader of the Ríos de Vida church, and his wife María Paula García Silva.

In his ruling the judge ordered the elimination of all the information published on the portals for which the journalist works and in which he has some influence. In addition, he was ordered to abstain from "getting involved in acts violating the people's fundamental rights."

The judicial decision ignores the regulation of custody and constitutional jurisprudence, which require the presentation of a request for rectification before giving process to a custody action. Similarly, when there exists not updated information it is possible to request the updating.

On February 13 reporter Wilfer Moreno of CNC news was the victim of a threat on the part of a man who identified himself as commander of the ELN, for which he found himself obliged to leave the department.

Five journalists of the newspaper La Patria and two of RCN radio had their accreditation canceled by the football team Once Caldas of Manizales. They had expressed criticism of the team's performance.

On February 4 journalist Julieth Cano, correspondent of Noticias Caracol in Cúcuta, received a threat through a text message coming from an unknown number. She had been making wide coverage of the situation of the Colombia-Venezuela border in the northern capital Santander and says that some months ago unidentified men had warned her and her news team not to continue their work on the border.

RCN Radio journalist Jairo Tarazona received a package that contained a piece of paper signed by the Águilas Negras (Black Eagles) group. To this case is added the intimidation that was received on February 5 by Ignacio Gómez, assistant editor of Noticias Uno; Jairo Tarazona, RCN Radio journalist, and José Luis Mayorga, of the Reporters Without Borders Agency. Tarazona received at his workplace a correspondence from a messaging firm that operates as the national level. The package that had the reporter as its addressee contained a pamphlet signed by Águilas Negras in which there appeared his name along with that of Gómez Mayorga.

On January 24 María Eugenia Durango, journalist with the Ituango radio station, the second radio seeking peace in the country, which is operated by Radio Nacional, received a threat through a WhatsApp message in which it was warned that it had 24 hours to leave town.

For the second time in the last year, the Unidad Nacional de Protección (National Protection Unit) decided to reduce the safety guard of Ricardo Ruidíaz. Since August, the FLIP has recorded seven violent actions against this journalist. He filed a lawsuit and a judge ordered the Unit to re-establish its protection.

The case of journalist Silvia Duzán, murdered on February 26, 1990 in Cimitarra, Santander, together with three members of the Carare Works Association, was declared crime against humanity. Duzán was in that town conducting a documentary for London's Channel 4. The Public Prosecutor's Office recognized that this crime was carried out as part of a systematic attack by paramilitary groups, the reason that it chose to make this declaration, which will have to be accompanied by efforts to solve the crime.