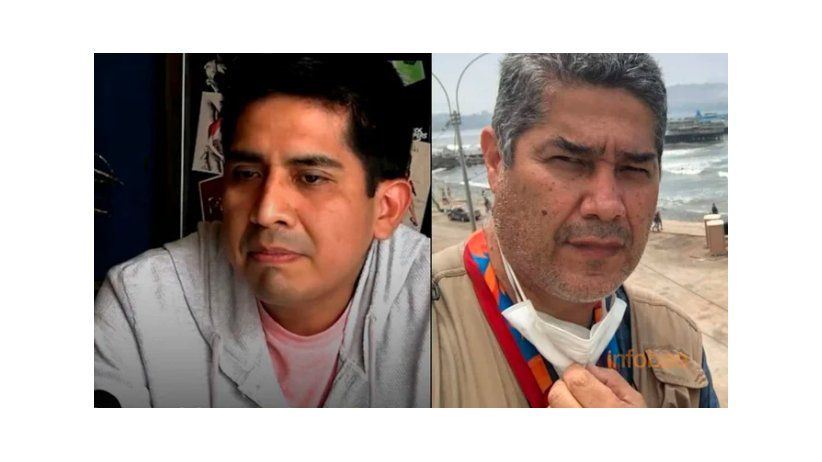 Miami (July 7, 2022) - The Inter American Press Association (IAPA) condemned the kidnapping and extortion of a group of journalists from América TV, Peru. They were forced to read a live statement as a condition for their release. The organization urged the authorities to investigate, identify the culprits and bring them to justice to prevent these acts from being repeated and going unpunished.

Journalist Eduardo Quispe, cameraman Elmer Valdiviezo and a driver of América TV were intercepted yesterday and threatened by members of rural self-defense organizations, locally called "ronderos." The kidnappers forced Quispe of the Sunday program Cuarto Poder to read a live statement as a condition for their release. The journalistic team traveled to the community of Chadín, in the department of Cajamarca, to gather information on a case involving Yenifer Paredes, sister-in-law of President Pedro Castillo. The statement of the ronderos denounced the "false accusation" against Paredes. The América TV crew was released shortly after the broadcast, but their cameras and cell phones were retained.

IAPA President Jorge Canahuati and the chairman of the Committee on Freedom of the Press and Information, Carlos Jornet, condemned the kidnapping and extortion of journalists by groups that want to take justice into their own hands. "This action is not only an attack against journalists and the media but an aggression against all public institutions in the country."

Canahuati, CEO of Grupo Opsa, of Honduras, and Jornet, the editor of La Voz del Interior of Argentina, urged the authorities to "investigate, point out and judge the perpetrators of the kidnapping and extortion, to avoid a repetition of these acts that threaten press freedom and the physical safety of journalists."

The IAPA establishes in its Chapultepec and Salta declarations a concept also found in the Declaration of Principles on Freedom of Expression of the Inter-American Commission on Human Rights. Article 9 of the latter states: "The (...) kidnapping, intimidation of and/or threats to social communicators, as well as the material destruction of communications media violate the fundamental rights of individuals and strongly restrict freedom of expression. It is the duty of the state to prevent and investigate such occurrences, to punish their perpetrators and to ensure that victims receive due compensation."