Tragic year for the press in Latin America: organizations in the region call on states to create conditions for violence-free journalism 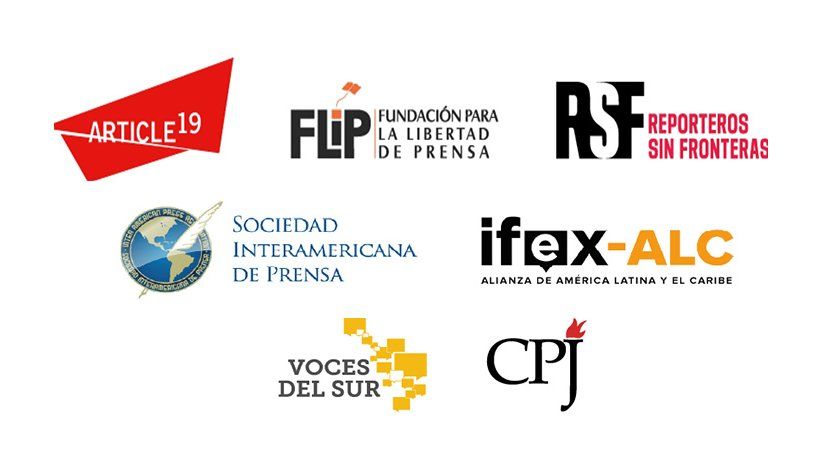 Miami (December 13, 2022) – Seven organizations that defend press freedom and free expression, including the Inter American Press Association (SIP), condemned and denounced violence against journalism and called on States to combat it.

Below is the joint statement:

In the worsening conditions for the practice of journalism in Latin America, we see four worrying trends:

Civil society organizations that defend freedom of expression and press freedom have already pointed out several routes for the states of the region to face these challenges, including: strategies to combat legal harassment and impunity; strengthening the independence and professionalism of those who make up the law enforcement agencies; the creation of protection mechanisms where they do not exist, and the strengthening of existing ones; stopping surveillance practices against journalists; and acting to protect online and offline public conversation, including by ceasing stigmatizing speeches that increase hostility to the practice of journalism.

An attack against the press is an attack against democracy, particularly in a context where the work of informing is under constant siege. Therefore, we call on the states to adopt these and other actions, so that the lamentable figures of attacks against journalism in Latin America are not repeated, and that the conditions for a free and safe exercise of journalism can be guaranteed.

Foundation for Freedom of the Press (FLIP)