IAPA condemns violence against the press in Bolivia 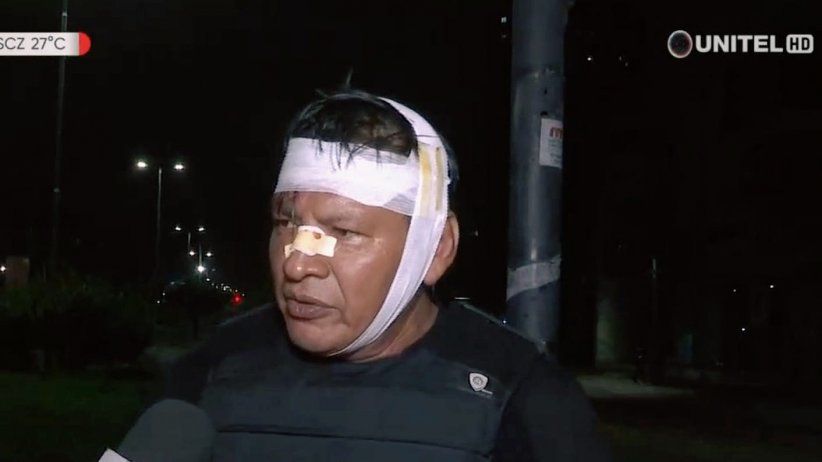 Miami (January 6, 2022) - The Inter American Press Association (IAPA) expressed concern over attacks and acts of violence against journalists in Bolivia during coverage of social protests in the department of Santa Cruz. The organization urged the government of the Andean country to respect press freedom and freedom of expression and to create a protection and security system for journalists.

The social protests in support of the governor of Santa Cruz department and opposition leader, Luis Fernando Camacho, who has been remanded in custody since December 28, have been met with heavy police deployment and excessive violence. Numerous journalists were attacked.

IAPA President Michael Greenspon condemned the violence against journalists and expressed his concern "for the premeditated actions of the police to limit journalistic work." Greenspon, global director of licensing and print innovation for The New York Times, USA, called on the authorities to "investigate the violence and punish those responsibly."

The chairman of the Committee on Freedom of the Press and Information, Carlos Jornet, reiterated the request that the IAPA made on several occasions to the Bolivian government to "create a protection and security system for journalists." Jornet, the editor of La Voz del Interior of Argentina, explained: "We know that protection systems are not the remedy against violence, but they have been effective in saving lives and, in particular, in creating awareness among state officials about the importance of the role of journalism in society."

Among the acts of violence against journalists, the ANP reported that on January 1, police officers beat reporter Joel Orellana and his assistant Miguel Ángel Rivero of Unitel channel and confiscated their equipment after they filmed police repression on demonstrators.

On December 30, cameraman José Tarqui of the online news program Periodismo Somos Todos (PST) was wounded by pellets fired by riot police, who also threw tear gas grenades at press crews from Unitel, Sitel, PAT, and Gigavisión channels. In addition, journalist Harold Salvatierra of Radio Actualidad reported that his car was set on fire while covering clashes between demonstrators and police.

Government protection systems for journalists exist in Brazil, Colombia, Guatemala, Honduras, and Mexico. In addition, Paraguay and Ecuador are planning to implement similar methods as well.

The IAPA Chapultepec Index 2021-2022 shows that Bolivia fell to 16th among the 22 countries measured. "The government -says the Index- stays the course of attacking and stigmatizing journalists while seeking to prosecute and persecute journalistic activity uncomfortable to the ruling party."

The Chapultepec Index is an annual barometer that measures institutional actions that affect press freedom and freedom of expression in 22 countries of the Americas. The measurement is based on the principles of the IAPA declarations of Chapultepec and Salta.