IAPA calls on democratic governments to demand an end to repression in Nicaragua, Cuba, and Venezuela 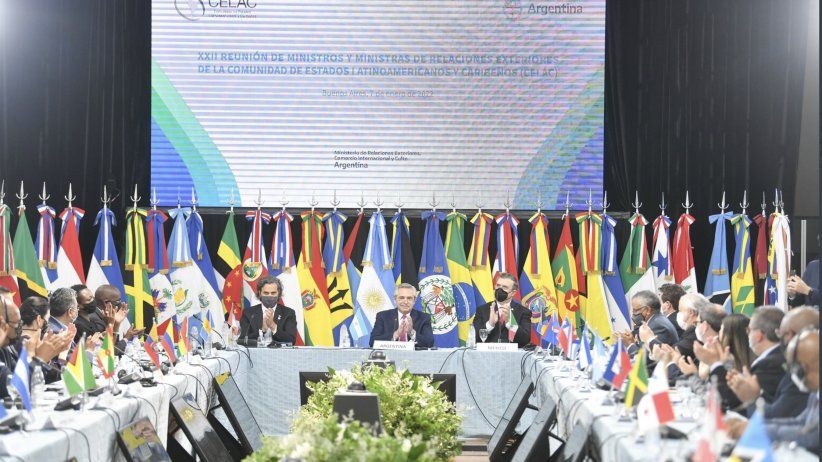 The organization regrets that representatives of these countries were invited to the CELAC, forum that begins this Tuesday in Argentina.

Miami (January 23, 2023) - The Inter American Press Association (IAPA) regretted the presence at the seventh CELAC summit of the president of Cuba, Miguel Díaz-Canel, as well as the foreign ministers Denis Moncada of Nicaragua and Gil Pinto of Venezuela, considering that "they are the three most repressive governments of freedom of the press and expression and of journalism in the Americas".

The meeting of the Community of Latin American and Caribbean States begins this Tuesday in the Argentine capital. The leaders were invited to Buenos Aires by the government of Alberto Fernández, who is also president pro tempore of CELAC.

"If the invitation is to fulfill the objective of promoting dialogue and political agreement in the continent, this required a prior commitment from each member of the regional forum to put an end to repression and the systematic violation of human rights," says the IAPA that comprises more than 1,300 media from the western hemisphere.

The three dictatorships occupy the last three positions out of 22 countries in the Chapultepec Index. This barometer measures the state of press freedom and freedom of expression in the Americas (Link here).

IAPA President Michael Greenspon said: "We are talking about the three governments that are the most repressive of press freedom, freedom of expression, and journalism in the Americas. We regret that these leaders who violate human rights and disbelieve in democracy have been invited by an organization that, among its objectives, includes the promotion of a respectful dialogue capable of building consensus on issues of common interest," he said.

Greenspon, Global Director of Print Licensing and Innovation, The New York Times Company, United States, considered that CELAC standards should be reviewed from the perspective of the Inter-American Democratic Charter, which obliges all countries to respect freedom of the press and freedom of expression. "Without this commitment, no government can be considered democratic," he stressed.

The chairman of the IAPA's Committee on Freedom of the Press and Information, Carlos Jornet, said that the democratic governments of the region, whatever their ideological sign, should demand that Nicaragua, Cuba, and Venezuela "put a stop to the repression against journalists, social leaders, and political dissidents."

"Democracy is based on respect for pluralism, citizen control over those who govern, the periodicity of mandates, the balance of powers, free access to public information and respect for essential human rights, among which freedom of expression is a central piece," he said.

Jornet, journalistic director of La Voz del Interior, Argentina, added: "We reiterate our demand to these governments to release dozens of prisoners of conscience who were convicted in trials without the right to defense. We also call to stop the persecution of those who dare to criticize public policies in those countries".

In the Conclusions of the 78th IAPA General Assembly held last October in Madrid, the IAPA was forceful: "The case of Nicaragua, under the regime of Daniel Ortega, continues to be the most alarming. Six convicted journalists have been deprived of their freedom for more than a year. More than 150 have gone into exile in the last four years. In addition, the government continued to close media outlets, among them several radio stations of the Catholic Church, and cut the signal of CNN in Spanish".

Regarding Cuba, the IAPA said: "It is another critical protagonist of exiles and arrests that seriously harm freedom of expression. A journalist, two 'influencers,' and four citizens are detained for criticizing the government on social media. In addition, three independent journalists went into exile, and 20 others were 'offered' the option of leaving the country, with the threat of not returning."

"In Venezuela, the government of Nicolás Maduro closed 41 radio stations. It also intensified its offensive against free access to information by blocking national and international media websites. To achieve this, he ordered the telephone companies, official and private, to take those websites off the air, which opened a controversy about the role of Movistar, a subsidiary of the multinational Telefónica, in complying with this type of anti-democratic interventions".

The latest biannual IAPA press freedom report evidences the climate of persecution against independent journalism in the three countries. The following are some excerpts from these reports.

Cuba: (link to report) "Constant repression, the progressive collapse of the economy, and the most significant exodus in history mark the life of the independent press. Above all, the repressive scaffolding against freedom of the press is maintained, involving the legal and justice system, police repression, propaganda by the state media, and control of telecommunications.

"Reporter Lázaro Yuri Valle Roca, convicted for filming and publishing leaflets with patriotic phrases on a Havana street, is serving five years in prison in a serious state of health. Enemy propaganda of a continuing nature and resistance', are the legal grounds for his conviction. In addition, several citizens remain imprisoned for having filmed widespread protests, such as a YouTuber who mocked President Miguel Díaz-Canel and was convicted of contempt of authority." Complete report from Cuba.

Nicaragua: (link to report) "Daniel Ortega's dictatorship continues to sweep away all vestiges of press freedom relentlessly. In this period, it usurped the facilities of La Prensa, shut down CNN's signal, closed down several Catholic Church radio stations, and canceled the operations of hundreds of non-governmental organizations.

"Previously, the regime had confiscated the media Confidencial and 100% Noticias, whose headquarters was converted into a maternity home and a care center for addicts. The general manager of La Prensa, Juan Lorenzo Holmann, has been in prison for 18 months. Two other members of its board of directors, Cristiana Chamorro and Pedro Joaquín Chamorro are serving their sentences under house arrest. Authorities also arrested two company drivers and charged four other employees. In July, 15 members of the newsroom had to leave the country for fear of threats and reprisals from the regime. It is estimated that more than 150 journalists have gone into exile since the bloody crackdown in April 2018.

"Also, journalists Miguel Mora, founder and director of the channel 100% Noticias, and Miguel Mendoza, sports reporter, continue to be imprisoned, sentenced to 13 and nine years in prison, respectively. Their families denounced the deplorable prison conditions and the deterioration of their health. Television commentator Jaime Arellano is serving his 13-year sentence under house arrest. The regime exhibited in the official media 27 political prisoners imprisoned for more than a year, among them Mora, Mendoza, and Holmann. All with marked deterioration of health and weight loss". Complete report from Nicaragua.

Venezuela: (link to report) "In this period, it can be said that independent journalism ceased to exist in the country since the government increased repression of the work of journalists and increased censorship by blocking and closing digital media and radio stations.

"For some time now, the press has practically disappeared. Acquiring newsprint is impossible. No printing press wants to or can produce a publication with news contrary to the regime's interests.

"Independent radio and television are subject to the Resorte Law (Law of Social Responsibility in Radio and Television), a discretionary and punitive norm that gives unlimited powers to the regulatory body to impose absolute censorship. The regime determined the closure of 41 radio stations throughout the country, not all news stations. Any pretext is used to cancel the concessions and transfer them to people linked to the government.

"The blocking of news pages on the Internet is massive. According to the organization VE sin Filtro, since 2021, 59 websites from 68 domains have been blocked, among them 45 media outlets, eight portals with political content, four multimedia content, and three human rights organizations. Among the international media blocked are CNN, Infobae, and NTN24. Conatel, the regulatory body, blocks the pages through the three telephone companies, Internet providers: the state-owned CANTV; Digitel, a private national company, whose owners are the heirs of Oswaldo Cisneros, and the Spanish multinational Telefónica".

The IAPA is a non-profit organization dedicated to defending and promoting freedom of the press and freedom of expression in the Americas. It comprises more than 1,300 publications in the Western Hemisphere and is headquartered in Miami, Florida, United States.