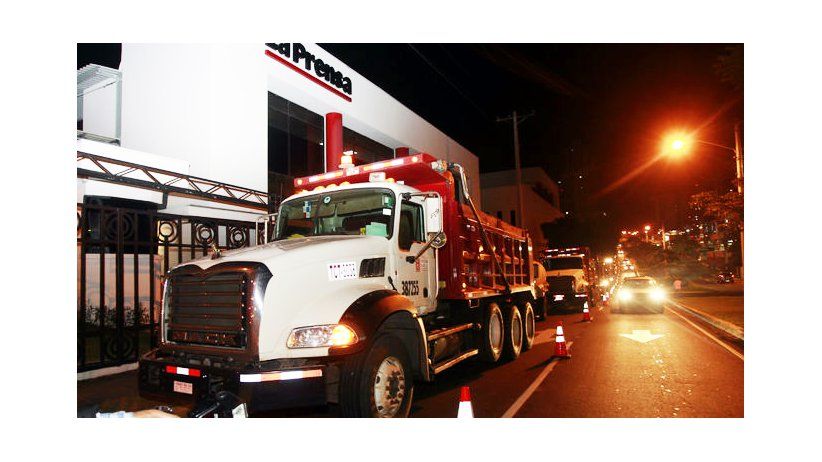 Sets negative precedents for the news media and discourages journalistic investigation into matters of public interest.

MIAMI, Florida (December 11, 2015)—The Inter American Press Association (IAPA) declared today that a recent court ruling against the Panama newspaper La Prensa "is a clear attack on freedom of the press," sets negative precedents for the news media and discourages journalistic investigation into matters of public interest.

On November 25 a civil court judge ordered La Prensa to pay two state contractors for causing "emotional distress" a fine of 600,000 balboas (equivalent to the same amount in U.S. dollars) and a further 60,000 balboas in costs and to publish the ruling. La Prensa is to appeal the order.

The chairman of the IAPA's Committee on Freedom of the Press and Information, Claudio Paolillo, declared, "Apart from the financial impact for the newspaper the ruling is a clear attack on freedom of the press and if it is not overturned by local courts, the case should go to inter-American institutions for them to apply international standards which protect freedom of expression over the right to honor when the public interest and the public's right to know prevail, as in this case."

Paolillo added that the international standards also reaffirm that democracy implies a strong watchdog role on the part of the press over government actions and it should be foreseen if the journalist had the intent to inflict premeditated harm on those concerned or simply was investigating to report on public activities, "something that actually occurred with the La Prensa investigation."

Paolillo, editor of the Montevideo, Uruguay, weekly Búsqueda, explained that "the seriousness of the ruling lies in the fact that it puts a brake on investigative reports, as out of fear of reprisals no journalist will be ready to investigate matters that involve presidents, senior officials, state contractors or public resources."

The court ruling results from a lawsuit filed by brothers David Marco and Daniel Miguel Ochy Diez and their constriction company Transcaribe Trading SA (TCT) against La Prensa on the basis of the publication between July 31 and August 2, 2012 of the results of an extensive investigation into irregular allocation of public resources for the carrying out of works during the Ricardo Martinelli presidency (2009-2014).

In reprisal for the publication of the series of reports on anomalies in the contracts, on August 2, 2012 employees of the company blockaded the newspaper's building for three and a half hours with more than 20 tow trucks, obstructing distribution of the newspaper copies. The IAPA at the time condemned the blockade.

In another aspect, the ruling rejected a demand by the TCT contractors for damages. However, the payment envisioned in the ruling is one of the highest in recent times in the region against a media outlet for having published a report of public interest.

The Ochy Diez brothers, who are also owners of banana exporting company Pana Plátanos, mentioned in the newspaper's investigation, filed another lawsuit against the paper for alleged material losses. That case is currently underway.