Halfway through the term of President Horacio Cartes, and two and a half years before the next national elections, the controversial topic of presidential reelection is at the center of discussion, dividing public opinion between those who support the idea and those who emphasize its unconstitutionality.

These past six months were marked by the lengthy extradition process for Vilmar Acosta Marques, the former mayor of Ypejhú who is accused of ordering the double murder of ABC Color journalist Pablo Medina and his assistant, Antonia Almada. This process began in March 2015 with Acosta's arrest while he was on the run in Brazil, in what was deemed a triumph over impunity.

Acosta's extradition process ended on November 17 in the municipality of Caarapó, Mato Grosso do Sul, Brazil. Paraguayan and Brazilian police turned the former mayor over to Interpol at the Campo Grande airport. Acosta is currently being held at the Tacumbú jail in Paraguay while he awaits formal charges from the prosecutor. One conviction has already been secured in this case: that of Arnaldo Cabrera López, Acosta's driver, who was sentenced to five years in prison for "failing to report a criminal act."

Seventeen journalists were killed in Paraguay between 1991 and 2016, and seven of these killings (i.e., 40%) occurred between February 2013 and June 2015. This means that the frequency of such killings rose during this period. The network of corruption and venal interests that makes journalism a high-risk profession may be summarized in one term: narcopolitics.

According to the available evidence, Pablo Medina—the brother of Salvador Medina, a radio journalist who was killed in 2001 and who had also denounced smuggling—was targeted for denouncing collusion between drug traffickers and the government. His killing shines a light on the precarious position of journalists in Paraguay, as they are at the mercy of local political bosses and organized crime. The charges against Acosta as the mastermind behind the killing, and the subsequent discovery of his ties with state authorities, have exposed the close links between politics and drug trafficking, and have even raised suspicions that drug-trafficking organizations have infiltrated the government.

The northeastern part of Paraguay is a hotbed for smuggling across the Brazilian and Argentine borders. This activity is particularly noticeable in the departments of Amambay, San Pedro, Concepción and Itapúa, where drug trafficking permeates local politics. Against this backdrop, journalists' lives are at risk if their work requires them to report on drug trafficking and nacropolitics. The corruption that reigns in government entities only exacerbates this difficult situation.

New incidents of violence occurred against journalists at the hands of government officials and political authorities.

As a result of pressure from the public and the press, there has been progress in terms of access to information.

As of March 18, all public entities are required to use the Unified Portal for Access to Information, a website that provides information on such entities in compliance with Law 5282 for Freedom of Access to Public Information and Government Transparency, passed by Presient Horacio Cartes on September 18, 2014. This law requires government entities and officials to provide information requested by the public on salaries, official travel, contracts, and other unclassified information.

In November, Sara Fleitas, a correspondent for ABC Color in the town of Juan León Mallorquín in the department of Alto Paraná, received a death threat from Majín Barreto, the cousin of departmental councilman Arnaldo Barreto, a member of the opposition Authentic Radical Liberal Party (PLRA), and of the reelected mayor of Juan León Mallorquín, Mario Noguera Torres (PLRA), while covering a protest at the municipal government headquarters. The threat was likely intended to stop Fleitas from reporting on, and taking photographs of, a gathering at which residents were expressing displeasure with the mayor.

In February, the members of the "Zacarías Clan"—allegedly consisting of Ciudad del Este mayor Sandra McLeod; her husband, Javier Zacarías; and her brother-in-law, Governor Justo Zacarías, all of whom belong to the ruling Colorado Party—responded to multiple allegations from municipal council members by calling on the press to publicly threaten legal action against journalists, municipal council members, or anyone else who makes allegations against them without supporting documentation. 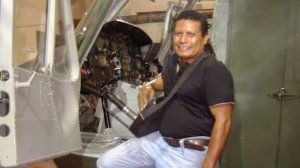