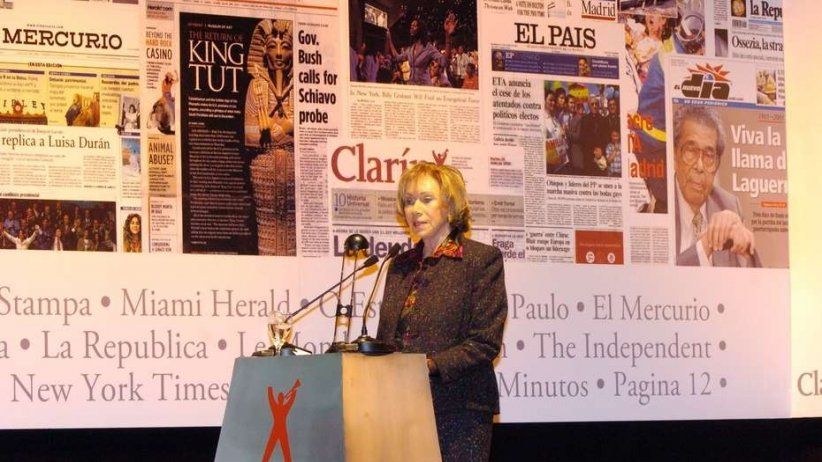 Sanders particularly sent his respects to Ernestina's daughter, his colleague Marcela Noble Herrera, who is one of the heads of the IAPA Executive Committee, serving as chair of the Awards Committee in this latest period.