Freedom of Expression Freedom of the Press News @en Panama 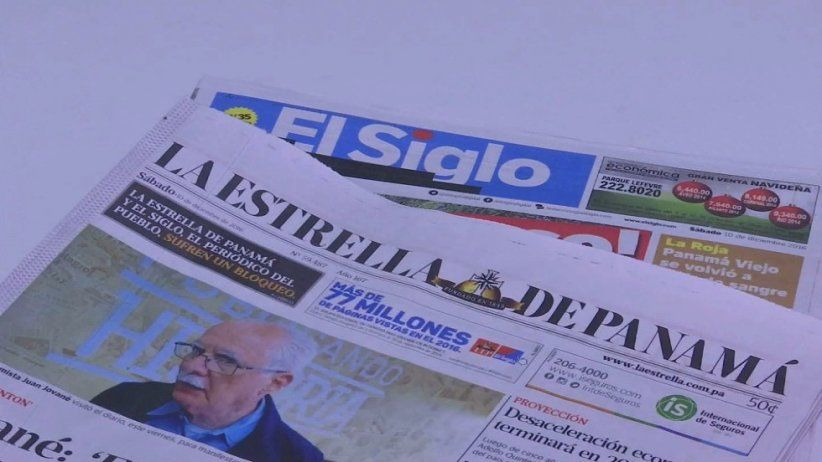 IAPA asked the United States Treasury Department to reconsider its decision not to extend the licenses of the newspapers El Siglo and La Estrella de Panamá.

MIAMI, Florida (July 21, 2017)—The Inter American Press Association (IAPA) today asked the United States Treasury Department to reconsider its decision not to extend the licenses of the newspapers El Siglo and La Estrella de Panamá to the benefit of press freedom in Panama.

IAPA President Matt Sanders, senior editor and general manager of Deseret Digital Media, Salt Lake City, Utah, and the chairman of the Committee on Freedom of the Press and Information, Roberto Rock, editor of La Silla Rota, Mexico City, Mexico, today sent a letter to Treasury Secretary Steven Terner Mnuchin and to the director of the Treasury Department's Office of Foreign Assets Control (OFAC), John E. Smith, in which they express their organization's concern and stress the need to resolve as soon as possible the newspapers' situation.

The following is the full text of the correspondence:

The Inter American Press Association (IAPA), a not-for-profit organization dedicated to the defense and promotion of freedom of the press and of expression in the Americas, expresses its concern at the decision of the Office of Foreign Assets Control (OFAC) not to renew the license of the Grupo Editorial GESE editorial group which publishes the newspapers El Siglo and La Estrella de Panamá.

The IAPA considers that the decision becomes a direct punishment of the two important Panamanian newspapers about which Ambassador John Feeley publicly said that they were not involved in unlawful activities. This sanction is detrimental to press freedom, the people's right to access plural and diverse information, and the source of income of 240 families, putting at risk the sustainability of the media which in the face of the economic restrictions that derive from this action announced that they suspended their weekend editions.

The IAPA learned that Mr. Abdul Waked's lawyers on July 12 submitted a proposal that there be reconsidered the Denial of Extension of General License Nos. 3A and 3B, Case No. FNK-2017-345492-1, so as to achieve an extension of the license. In this regard the IAPA looks upon favorably, as has been requested by the government of Panama, that the Treasury Department grant the renewal of the respective licenses to the newspapers or provides other alternative solutions for press freedom and the right of Panamanians to information not to be affected.

The IAPA reiterates what it is maintained in resolutions, reports and in various meetings with officials of the State Department the urgency of solving this matter to the benefit of press freedom in Panama."

The IAPA is a non-profit organization committed to the defense and promotion of freedom of the press and freedom of expression throughout the Americas. It is comprised of more than 1,300 publications from the Western Hemisphere; with main offices located in Miami, Florida, United States of America.