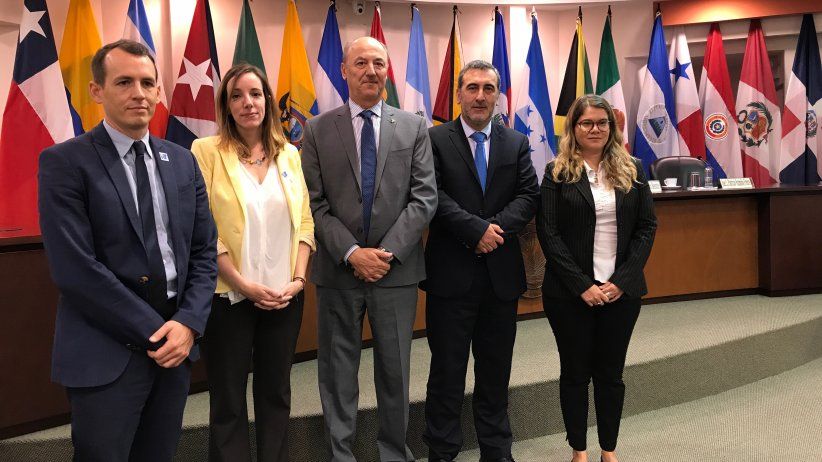 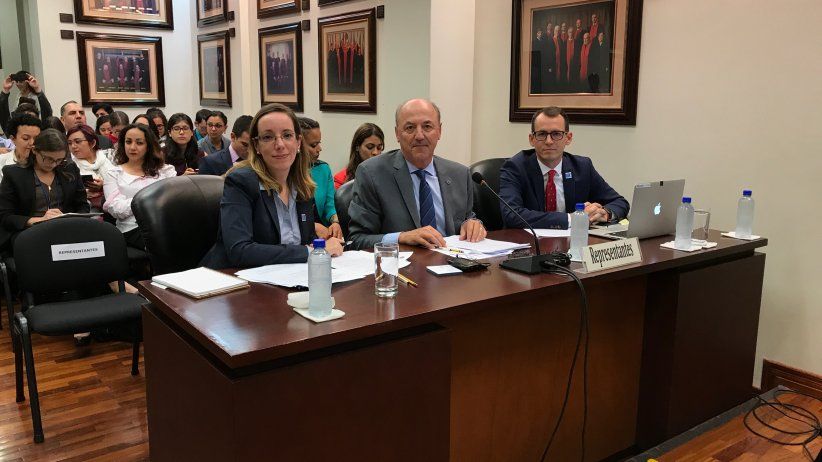 Public present in the courtroom of the Inter-American Court during the  hearing on the case of Nelson Carvajal Carvajal.

The Robert F. Kennedy Human Rights (RFK Human Rights) group has accompanied the IAPA since 2015 as representative of the family members of victim Nelson Carvajal Carvajal, a Colombian journalist murdered 19 years ago.

Finally, there has arrived the day on which were seen the fruits of the arduous work that the Inter American Press Association (IAPA) has been undertaking in the last two decades against the impunity that surrounds crimes against journalists.

Together with the Robert F. Kennedy Human Rights (RFK Human Rights) group which since 2015 has accompanied the IAPA as representative of the family members of victim Nelson Carvajal Carvajal, a Colombian journalist murdered 19 years ago in Pitalito, Colombia, we were present in the two days of public hearing, August 22 and 23, called by the Inter-American Human Rights Court (IACHR Court) at its headquarters in San José, Costa Rica.

The previous day the IACHR Court called a logistics meeting of the three parties involved– ourselves, the representatives of the family members, attorney Angelita Baeyens of the RFK Human Rights team, and Ricardo Trotti; the representatives of the State: agents Juanita López Patrón and Ángela María Ramírez Rincón, and those of the Inter American Commission on Human Rights (IACHR): Special Rapporteur for Freedom of Expression Edison Lanza, and consultant Tatiana Guati Teubne.

The first day, August 22, 2017, began with an IACHR presentation by Special Rapporteur Lanza. He presented the case, indicating that it was not a common crime but one of a journalist for practicing his profession, that it was a selective crime and that the IACHR Court would have the opportunity to create jurisprudence.

He said that there were errors in the criminal proceedings and that the public officials supposedly involved were not interrogated. He underscored the danger that if nothing were done the criminal proceedings could become subject to statute of limitations and that this case sends a dangerous message that there are no consequences for killing journalists.

Judith spoke of Nelson's life, how her family was made up, how he lived, how she felt the murder of her brother and the threats received that led her to leave the country with her young son Cristhian Camilo Motta Carvajal in April 1999. She also spoke on when there left the other members of her family, 10, and in what conditions and how she had collaborated with the justice system investigating on its own account. When the judges questioned her about what she expected regarding her brother's case she replied, "Justice."

She said they killed her brother but the family "has agonized forever."

In their turn she was questioned by the representatives of the State, who focused their questions on how she had provided new and different elements when she increased her declaration in 2008, involving members of the FARC guerrilla force, and that her declarations had varied over the years. She was asked if she had met with the guerrillas. She said yes, but that the guerrillas as an organization were not involved and that it could have happened that some guerrillas were hired as hitmen, through an official and a businessman of Pitalito who had been implicated but later exonerated.

The questioning by the State representatives sought to have the witness declare that there were made all the procedures and investigations in the correct manner and in different stages, which demonstrated that the State had always acted in a consistent manner, thus no responsibility whatsoever could be assigned. The witness declared that currently there was being investigated a theory that was the same as the first one, after there having been discarded others along the way. This theory again links an official and a businessman of Pitalito of having hired guerrillas to silence the journalist.

The judges were tough in interviewing her, especially in not being able to understand how the theories of the investigation were lineal instead of being parallel and, like now, on the point of the crime becoming subject to statute of limitations, it was again like at the beginning 19 years ago.

The representatives of the victims then questioned the public prosecutor, asking her if the two alleged accused were currently jailed, to which she replied that they were absent. She was asked if the two demobilized guerrillas, who are providing information about the theory of the businessman and the official, are under protection, she said no. She was also questioned if they were not afraid that the same thing would happen as to Pablo Bonilla Betancourt, a witness who was murdered after testifying in court, who had not been protected, and the case was shelved seven months after his death.

The public prosecutor insisted that for a long time there was followed up the theory that the businessman and the politician had misled the FARC, saying that Nelson Carvajal Carvajal was the connection with the paramilitaries and that for this reason the FARC had be sent to kill him. She added that this theory was discarded on the testimony of the demobilized ones and that now the original theory is being followed up.

Judge Pazmiño Freire declared that he could not believe how that theory had been followed up to declare the innocence of the original accused, given that the FARC has a structure of intelligence and easily would have been able to know if it was being misled or if what was true was the journalist's alleged link with the paramilitaries. Those present in the courtroom laughed.

Before the end of the session, which lasted from 3:00 p.m. to 7:00 p.m., there was called upon to declare the expert presented by the IACHR, Carlos Lauría, former coordinator of the Committee to Protect Journalists. His expertise addressed the context of violence in Colombia at that time, the number of murders and the levels of impunity.

Special Rapporteur Lanza asked him about the partial impunity and the victim's representatives on the need for there to be political will to fight against impunity and about what were the deficiencies of the Colombian State's protection system. The State representative sought for Lauría to express that the State indeed had taken steps, such as the protection system, the longer term for becoming subject to statute of limitations and the increase in penalties, as now there was more protection and fewer crimes against journalists.

On August 23 there were produced the closing statements on the part of the three delegations.

The IAPA and the RFK Human Rights were first in line, lasting 30 minutes. The IACHR Court was asked to declare the State of Colombia responsible for violation of its obligations contemplated in the American Convention on Human Rights.

Also that due to the imminence of the statute of limitations regarding the murder – April 2018 – they asked that the State be ordered to take the necessary measures so that the period of the statute of limitations not to be an obstacle, so that the criminal investigation be conducted regarding the individualization, judgment and punishment of the perpetrators and intellectual authors of the murder of Nelson Carvajal Carvajal.

Then the State representatives sought to demonstrate in 30 minutes that it had not been the direct responsibility of State officials in the murder of the journalist and there had indeed been expert diligence and investigation, as there had been requested declarations 134 times, among them 19 to family members. They added that currently there was a strong line of investigation that led to the original theory and that there exist mechanisms that enable getting around the issue of statute of limitations.

The Special Rapporteur wound up the final allegations, indicating that the State cannot have a double standard, on the one hand do little in the investigation and on the other sign a recent resolution of the Organization of American States that commits it to comply with the Convention's precepts.

The prosecutor added that there is a return to the original theory, after 19 years, which has been provided by the family.

In the end some judges spoke. The presiding judge, Mac-Gregor Poisot, indicated that the three parties have until September 25 to submit their expanded final allegations in writing.

Judge Odio Benito directly asked the Special Rapporteur to explain why the IACHR delayed so much in presenting the case, given that it was submitted to that entity in 2002, was admitted in 2004, and the IACHR Court was asked to recognize it in 2015. Odio Benito explained that it is very important to know the reasons in this case in particular, but also for the next ones that could exist.

Regarding the controversy Judge Mac-Gregor Poisot declared that the State should have reinforced obligations in crimes against journalists, that the three parties present and amplify their points of view on the matter.

Following that request he announced the end of the two days of litigation on the Nelson Carvajal Carvajal case. 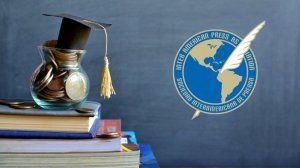