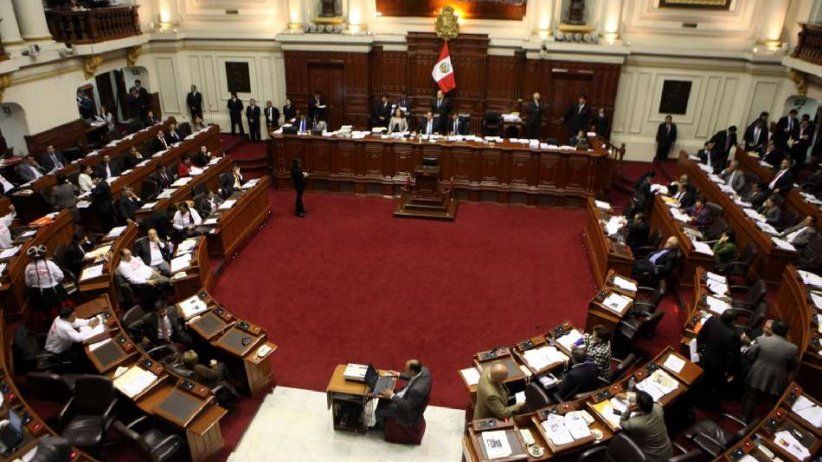 The bill discriminates against the constitutional principles of press freedom, freedom of trade and access to public information and transparency.

MIAMI, Florida (January 26, 2018)—The Inter American Press Association (IAPA) today expressed to the Peruvian Congress its rejection of a legislative bill that would prohibit the government from advertising in privately-owned news media, warning that this is a discriminatory practice that goes against the constitutional principles of press freedom, freedom of commerce and of access to public information and transparency.

In accordance with the historic claim of the IAPA on the fact that governments should not use official advertising to punish or reward news media the chairman of the Committee on Freedom of the Press and Information, Roberto Rock, sent a letter to Peruvian Congress Speaker Luis Galarreta Velarde. Rock, editor of the Mexican portal La Silla Rota, called on the legislators to hold a wider debate on the issue and to consider technical, effective and transparent criteria in the contracting of advertising spaces.

Full text of the letter:

The Inter American Press Association (IAPA), a not-for-profit organization dedicated to watching over press freedom in the Americas, wishes to express its surprise at the content of Bill 2133/2017-CR, which with the aim of regulating the costs of official advertising would prohibit the contracting of advertising in privately-owned media. This contrasts with the efforts in other countries of the region where the Congresses are urged to legislate on the distribution of official advertising with technical criteria, objectives of efficiency and transparency, without discriminations.

It is more surprising that Peru, a democracy, takes on this mechanism of pressure against freedom of the press, of expression and of commerce, in that it would limit the transparency of the government in decreeing that its advertising contracting be done solely in a handful of public media and social media, becoming a factor of discrimination against the privately-owned media. This would mainly affect small media, on seeing their sustainability harmed without the income from official advertising.

This bill, moreover, would go against the principle of equality before the law, the obligation of transparency and the rendering of accounts, as well as the freedom of commerce guaranteed in the Political Constitution of Peru, due to the fact that the government would favor one sector over others, violating norms of competition and of free market. One should also take into account that the money invested in social media will only benefit foreign technological companies in detriment to the national industry.

There should be considered that the public media tend to be used by governments as organs of party propaganda, for which reason this initiative could have the aggravating circumstance that in periods of political uncertainty the anti-democratic administrators could use it as a means of pressure against media that criticize them.

In our experience discrimination in the granting of the advertising guideline amounts to a form of misappropriation of public funds. The IAPA has been sustaining in pronouncements and resolutions that the application of discriminatory policies for the distribution of official advertising "amounts to acts of corruption in that there are used public resources that the citizens provide to the benefit of the private interests of the administrators."

The IAPA requests that there be eradicated this type of unlawful practice throughout the Americas and that laws be enacted for official advertising to be given with full transparency and under technical, equitable criteria and an efficient handling of public resources. In this regard our organization expressed its pleasure at the decision of the Mexico Supreme Court of Justice on November 15 that ordered the national Congress to legislate and regulate the distribution of official advertising prior to the start of that's country political campaign in April. The Court ruled that the Congress must comply with the obligation of regulating government advertising and propaganda, under the criteria of "efficiency, effectiveness and honesty," in line with what is established in the Mexican Constitution. In 2008 the IAPA awarded its Chapultepec Grand Prize to the Argentine Supreme Court of Justice for a ruling that obliges the government to distribute official advertising under technical, objective and non-discriminatory criteria.

The IAPA calls for an initiation of a dialogue in the Congress for there to be presented various viewpoints, with the subsequent aim that Peru also could submit to the best experiences of the Americas and that there be respected Principle 7 of the Declaration of Chapultepec stating that "the granting or withdrawal of government advertising may not be used to reward or punish the media or individual journalists." This principle has been subscribed to by Presidents Valentín Paniagua, Alejandro Toledo, Alan García and Pedro Pablo Kuszynski.

Peru is one of the countries whose norms, such as the Law on Transparency and Access to Public Information, have been exemplary in the framework of freedom of the press and of expression at the inter-American level. The IAPA has the hope that this new legislative bill will be discarded so as not to affect freedom of expression nor the tradition of your country in this matter.