Report to the 74th General Assembly
Oct 19 to 22
Salta, Argentina

Downloads
0
0
Tweet
$.-
The paradoxical scenario in which media operate, carrying out their task with high levels of press freedom but in a context that is particularly unfavorable for their sustainability, worsened in the last six months.
Since April the country has been suffering a serious economic crisis that is harshly impacting news companies. An accumulated increase of the dollar exchange rate by more than 100% was added to the rise in the price of newsprint, which raised costs in the graphics sector.
At the same time, the deep recession brought down private sector investment in advertising. Official advertising was reduced to a fourth of the amount corresponding to the same period in 2017. Inflation estimated at 45% for 2018 is adding instability and pressure on the media's finances. The picture overall is of a "perfect storm" for the media to be able to continue functioning.
The Association of Argentine Journalistic Entities (Adepa) and the Association of Inland Newspapers (Adira) are promoting the implementation of structural measures on the part of the government that give viability to the sector.
In these past six months there was a significant increase in the number of journalists attacked and of systematic defamatory campaigns in social media, usually supported anonymously and in technological devices, creating worrisome factors affecting the work of the press.
Concerning physical attacks on journalists of note are such cases as that of Nicolás Wiñazki, a Clarín reporter, who in May was the victim of beatings and threats outside Congress by political militants.
Journalist Gonzalo Bonadeo, of Canal 13 television, while covering the soccer World Cup in Moscow a fan threw a bottle at his back. In July journalist Nicolás Gil, of the newspaper El Chubut, was threatened by the head of the union of employees of the provincial legislature.
In August TN and La Nación journalists were threatened during coverage of a raid on the home of former president Cristina Kirchner. That same month Carolina Mulder, photographer with La Voz del Pueblo of Tres Arroyos, was threatened by cleaners belonging to the Pronto Casa firm in Clarmecó city. And El Doce reporter Federico Tolchinsky of Córdoba was the object of threats on social media for his reports on the provincial Garbage Collectors and Cleaners Union.
In Rosario, a city where there has been an alarming increase in serious offenses linked to drug trafficking, Canal 5 television reporter Maximiliano Raimondi received a death threat from a young man who could not be identified while he was doing a report on a five-year-old girl shot to death amid battles between drug gangs.
Regarding censorship actions in the public area Adepa in May condemned the suspension of the screening of the movie Será Venganza (There Will Be Revenge) at the Buenos Aires Book Fair, ordered by the event's officials. "Freedom of expression," the organization said, "does not only imply being able to listen to what we do not agree with but precisely that which bothers us or, even, that which is opposite to what we think."
Concerning the relationship of the media with technological platforms Adepa in its half-yearly report on press freedom, presented in September, criticized the use of journalistic contents by these latter, without adequately sharing the financial benefits obtained. The organization questioned the bill for a law on intermediaries, approved in the Argentine Senate, which goes against recognition of that right and global trends concerning the subject.
The Grupo Crónica stated that the rigorism of certain administrative agencies exceeds their function – holding back the development of journalistic activity.
Despite the instability that is affecting the news industry that "case of the notebooks," an investigation into corruption in the "Kirchnerist" governments with deep connections between public action and privately-owned businesses, the media have exhibited a surprising vitality that gave rise to, on a horizon dominated by uncertainty and skepticism, an unusual expectation of institutional regeneration and of transparency.
Two cases of legal enforcement of the so-called "right to be forgotten" also generate concern. These are two precautionary measures to get Google and the newspapers La Voz del Interior, from Córdoba, and La Gaceta de Tucumán, from Tucumán, to suppress content. 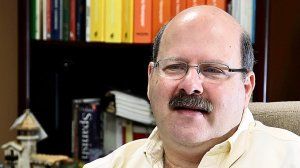