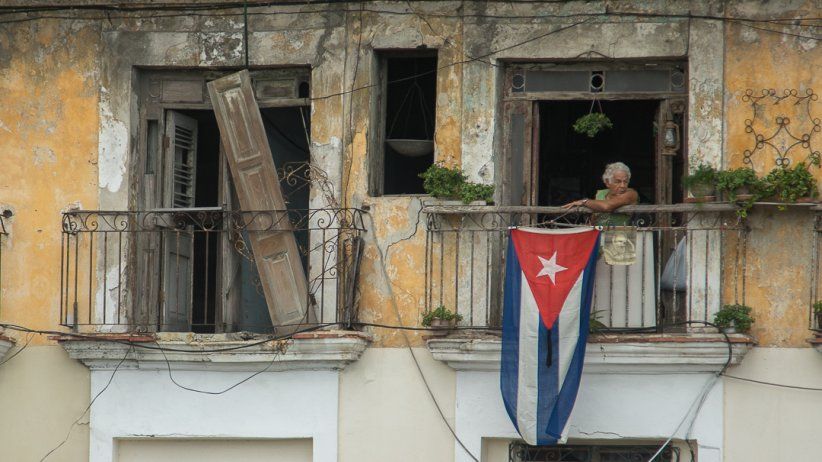 Deepens the limitations of freedom of expression, the press and the civil and political rights of the country's citizens.

MIAMI, Florida (June 19, 2019)—The Inter American Press Association (IAPA) expressed regret that the new Constitution of Cuba, which came into effect on April 10, deepens the limitations of freedom of expression, the press and the civil and political rights of the country's citizens. The organization also agreed with the information in the recent report of the Inter-American Commission on Human Rights (IACHR) on the deterioration of human rights and press freedom in the Caribbean nation.

The IACHR report, made public this week in Miami, establishes that democracy and respect for human rights in Cuba has not benefited from the presidency of Miguel Díaz-Canel, since he took office in April 2018, nor from the new Constitution, considering that "there persist the same conditions denounced for decades now, among them the selective and deliberate persecution of journalists (...) that disseminate information and opinions on matters of public interest."

The IAPA agreed with the IACHR and declared that both the Constitution, the Gag Law (Law 88) and the Penal Code continue to be instruments that enable the regime to censor freedom of expression, limit the right to protest and restrict the activity of the independent press.

IAPA President María Elvira Domínguez declared that following the 2014 agreements between Presidents Barack Obama of the United States and Raúl Castro of Cuba, with Pope Francis as intermediary, "there was the hope that there would be substantial changes towards tolerance of freedom of expression and of the press."

"Unfortunately, this new Constitution points out that the State is master and patron of the freedom of its citizens and is the supreme repressor of press freedom," said Domínguez, editor of the Cali, Colombia, newspaper El País, in reference to Article 55 which states that "the State establishes the principles of organization and functioning for all the social news media."

The chairman of the IAPA's Committee on Freedom of the Press and Information, Roberto Rock, added, "The independent press is constantly suffering intimidation by the authorities through their political police that invoke, among other resources, the Penal Code which includes a variety of punishments of those who have a different opinion than that of those in power."

One of these is the offense of "misappropriation of legal capacity" which penalizes the practice of journalism if it does not count with an obligatory certification, something ruled out by the Inter-American Human Rights Court since 1985 and eliminated since then in numerous countries of the Americas, explained Rock, editor of the Mexican online news portal La Silla Rota.

The IAPA officers mentioned that the Gag Law contain legal definitions of crimes to punish independent journalists, was applied in 2003 to imprison 75 opponents, among them 27 journalists, during the repressive operation known as the Black Spring.

Domínguez and Rock warned that in recent months there was an increase in harassment of journalists and independent media that continue reporting despite the atmosphere of total lack of legal protection.

Among the events they cite are the following:

· The ban on leaving the country was reinstalled on Henry Constantín, founder and editor of the magazine La Hora de Cuba and vice chairman of the IAPA Committee on Freedom of the Press and Information for Cuba. During almost two years and up until March this year he was prohibited from leaving the country. He discovered the new sanction when he was organizing a trip to the OAS assembly to be held in Medellín, Colombia, June 26-28. In May Constantín also complained of having received death threats.

· La Hora de Cuba collaborator Lien Estrada was called in and interrogated this week by a supposed immigration official who questioned her about her relationship with the magazine and ordered her to stop writing for that publication.

· In May, numerous actions against independent journalists were recorded. Among them Roberto de Jesús Quiñones of Cubanet, attacked and jailed for five days. Also detained was Luz Escobar, reporter with the newspaper 14ymedio.

· Amable Casas, collaborator of La Hora de Cuba, and Javier Valdés, webmaster of the magazine Convivencia were both harassed and interrogated.

· Michael Lavers, reporter and international editor of the United States LGBT newspaper Washington Blade was prohibited from entering the country

A resolution on Cuba, approved during the IAPA midyear meeting in March this year in Cartagena, Colombia, referred to the risks of the new Constitution, considering that this "“denies the full exercise of freedom of the press, and subordinates freedom of expression and other stated freedoms to the primacy of the Communist Party of Cuba.”

IAPA expresses concern over a lawsuit against Mexican newspaper AM

The IAPA reiterates to investigate attacks against journalists in Peru