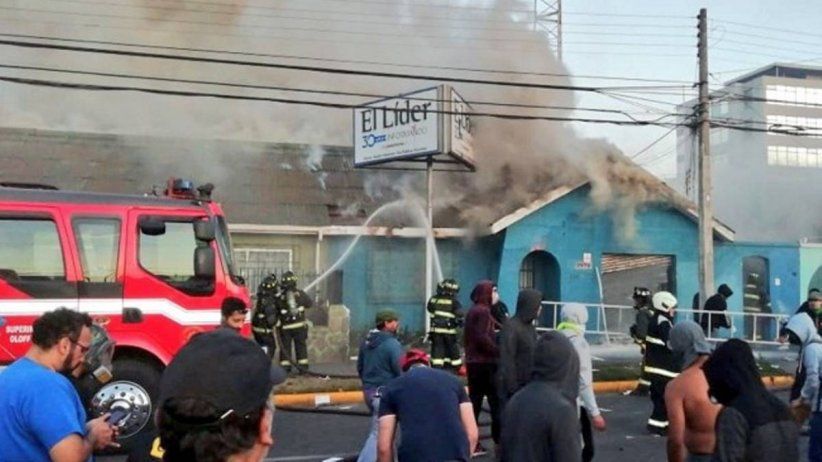 The facilities of the newspaper El Líder, from the town of San Antonio in the Valparaíso region and belonging to the El Mercurio regional media network, were almost entirely destroyed by protesters against the national government's economic policies.

Miami (November 29, 2019) - The Inter American Press Association (IAPA) condemned an incendiary attack against the Chilean newspaper El Líder and asked the authorities to investigate and identify those responsible as an “effective way to stop the violence.”

The facilities of the newspaper El Líder, in the town of San Antonio in the Valparaíso region, which belong to the El Mercurio regional media network, were almost entirely destroyed by protesters against the national government's economic policies.

This is the second attack in recent weeks against this media network. On October 19, dozens of individuals protesting the increase in subway service fees, looted and burned the headquarters of one of the oldest newspapers in the continent in Valparaíso, El Mercurio, founded in 1827, also affecting the La Estrella newspaper located in the same headquarters.

In that act of vandalism similar to that which happened now against El Líder, the protesters destroyed offices, although no one was injured. In the attacks that occurred on November 27, the offices of a cable TV operator were also vandalized, as well as hospitals and shops.

The presidents of the IAPA, Christopher Barnes and the Committee on Freedom of the Press and Information, Roberto Rock, said that “we condemn these unwarranted acts against the press which ultimately deprive citizens of their right to be informed.”

Barnes, director of The Gleaner, Kingston, Jamaica and Rock, director of the La Silla Rota portal, Mexico City, Mexico, asked the authorities to investigate the facts and identify those responsible. “The administration of justice is the most effective way to stop the violence,” they said.