WHEREAS, in Panama, current legislation prohibits the seizure of assets belonging to companies that own audiovisual media (radio and television), but not those belonging to the written press (print), digital media and independent journalists;

WHEREAS, this situation places print media, digital media and independent journalists at a legal disadvantage, given that the law does not differentiate between trials on matters of business law from those related to the publication of editorial content;

WHEREAS, there is already a case in which a former president of the Republic has seized the assets of a newspaper of national circulation, in the midst of a civil proceeding because of a publication made by said media;

WHEREAS, given that the risk of having their assets seized and therefore their economic sustainability compromised, as a result of a judicial process brought about by individuals who may feel directly or indirectly affected by publications of such media or journalists, could generate a climate of self-censorship with regrettable consequences for democracy - and jeopardize the normal functioning of the media;

WHEREAS, Principle 2 of the Chapultepec Declaration states: "No media or journalist should be penalized for disseminating the truth or making criticisms or accusations against public authorities."

To call upon the Panamanian authorities to take the necessary measures to modify the current legislation in order to guarantee the principle of equality in the protection of assets owned by print media, digital media and independent journalists to that which applies to audiovisual media (radio and television). 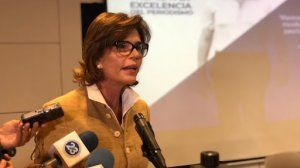