IAPA denounces growing repression in Cuba before the IACHR 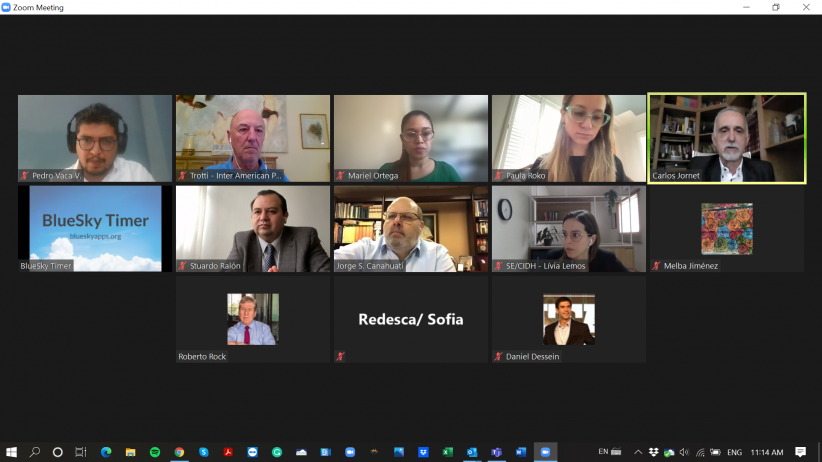 "Our objective has always been and will continue to be not to allow that freedom in Cuba and that of every Cuban to be left out of the international public agenda."

Miami (September 3, 2021) - The Inter American Press Association (IAPA) Today denounced before the Inter-American Commission on Human Rights (IACHR) the increasing repression of the Cuban government against its citizens and independent journalism. The organization delivered a report with the results of its recent virtual mission to that country. Proposals for joint activities in support of freedom of expression in Cuba emerged from the meeting.

The president of the IAPA, Jorge Canahuati, said, "Our mission to Cuba had the urgency to create more shields for independent journalism and to denounce and protect journalists' jailed, incommunicado and in house arrest."

Commissioner Ralón stated, "Within the Commission, there is great sensitivity and commitment to make the situation in Cuba visible. Therefore, we have had an intense monitoring activity and in the granting preventive measures."

Canahuati, executive president of Grupo OPSA, from Honduras, added, "Our objective has always been and will continue to be not to allow that freedom in Cuba and that of every Cuban to be left out of the international public agenda."

Ralón added that the Commission is aware that "a historical movement is taking place on the island" and highlighted "the fundamental role of using digital platforms."

When presenting the report, the president of the IAPA Committee on Freedom of the Press and Information, Carlos Jornet, stressed: "We picked up a constant claim: organizations that defend press freedom, human rights and the world leadership as a whole must not forget the Cubans are suffering. Therefore, they ask to help them shake off the comfort of a regime entrenched in power. Although we are experiencing a new repressive peak in Cuba, the oppressive situation has been going on for many decades".

Jornet, director of La Voz del Interior, Córdoba, Argentina, added: "Today we convey the clamor expressed by journalists, artists, activists and members of civil society. We need to coordinate actions to end the censorship and repression exercised by the Cuban government against all dissident voices. We will be able to contribute if Cuba remains on the public agenda, if the institutions maintain their focus on it and if constant coverage of the international press continues to denounce the corruption and repression of the regime."

The special rapporteur, Pedro Vaca, highlighted the importance of the IAPA as a reference source. "We agree with the IAPA that there is a conviction to challenge this lack of guarantee in the Cuban people. He added that this situation occurs in a context in which freedom of expression is a catalyst for what is happening on the island.

Vaca expressed that the proposed joint activities have been noted and concluded that "it is important to stimulate regional awareness about Cuba. Analysis like this must reach all countries so that what is happening is known."

The virtual mission took place weeks after the eruption of public protests, a spontaneous movement that emerged in many cities of Cuba as of July 11.

In addition to Canahuati and Jornet, the organization's second vice president, Roberto Rock, the vice presidents of the Committee on Freedom of the Press and Information for Argentina and Venezuela, Daniel Dessein and Miguel Henrique Otero, respectively, and its executive director, Ricardo Trotti, represented the IAPA in the virtual mission to Cuba.