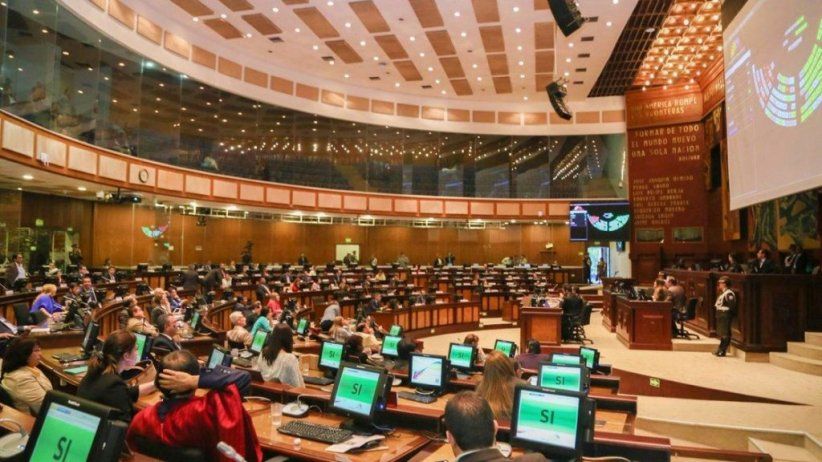 Plenary of the Ecuadorian Congress in session.

Jorge Canahuati recalled that during the government of Rafael Correa, the IAPA considered Ecuador's "Gag Law" as "the most abhorrent against press freedom" in the history of Latin America.

Miami (July 26, 2022) - The Inter American Press Association expressed its satisfaction with Ecuadorean President Guillermo Lasso's commitment to veto a legislative reform since "it would be a return to a dark period for press freedom, which existed during the presidency of Rafael Correa."

Last Thursday, congress members of former president Correa's party, Movimiento Revolución Ciudadana, approved a series of changes to the Organic Law of Communication. The reform contemplated repressive, administrative, and criminal measures against journalists and media, as initially contained in the so-called "gag law" promoted and enacted by then president Correa, which allowed him to persecute journalism. Among the changes, it creates ombudsman's offices capable of exercising prior censorship over the media and criminalizing editorial opinions.

President Lasso and his legal team said that the reforms "are poorly made" and are not "specific," thus opening the door to "arbitrariness" against the press and journalism.

IAPA President Jorge Canahuati Larach, CEO of Grupo Opsa of Honduras, said: "It is satisfactory that President Lasso has understood that there can be no democracy without press freedom."

Canahuati recalled that former President Lenín Moreno, who signed the Declaration of Chapultepec in 2019, "had already cleaned up" many of the arbitrariness of the Organic Law of Communication, in force since 2013. He recalled that the IAPA battled against that law, considering it "the most aberrant against press freedom" in the history of Latin America.

The chairman of the IAPA's Committee on Freedom of the Press and Information, Carlos Jornet, stated: "We never imagined that three years after cleaning up the 'gag law,' we would see a new attempt to reestablish its restrictive power against independent journalism."

In the Chapultepec Index, which annually measures the state of press freedom in 22 countries in the Western Hemisphere, Ecuador appeared for two consecutive years in the band of nations with partial restrictions. It is due, in particular, to the notion that the Executive Branch "was halfway" in carrying out substantial and positive reforms to the Communication Law.