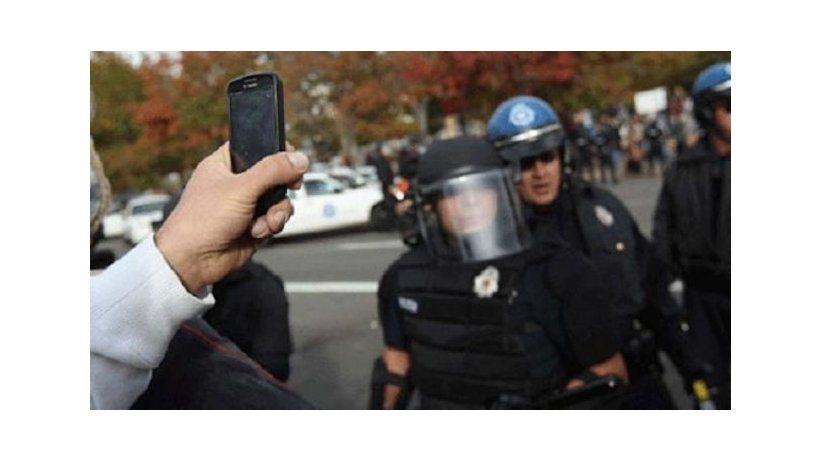 MIAMI, Florida (November 14, 2016)—The Inter American Press Association (IAPA) today added its support to the insistence that American citizens' right to film and photograph police activity in public places must be protected under the free speech provision contained in the country's First Amendment.

This right was denied in February this year to two citizens from Philadelphia by a federal judge who ruled that the action of filming and photographing police officers is not a matter covered by freedom of expression, unless the person doing so is actively participating in the event that is being recorded.

The case is related to two separate incidents that occurred in 2013 and 2012 in which those concerned, Rick Fields and Amanda Geraci, were approached or detained for filming or taking photographs of police officers.

At an initiative of the organization Reporters Committee for Freedom of the Press 32 United States and international organizations and media came out in support of the Fields and Geraci case against the City of Philadelphia with an amicus brief in which it is argued that the videos and photographs made by private individuals, as in this case, are for the news media a very important source for informing the public about matters of news interest.

The amicus brief adds that "many stories are not only enhanced by citizen-generated content, but may well have never been told without it."

In that same sense IAPA President Matt Sanders and the chairman of the organization's Committee on Freedom of the Press and Information, Roberto Rock, felt that this an issue of great relevance.

Sanders, of Deseret Digital Media, Salt Lake City, Utah, explained that "the importance lies in the fact that precisely the content in social media with kind of denunciations by citizens have on many occasions been turned into the source of news for the media."

For his part Rock, of La Silla Rota, Mexico City, Mexico, added that "it is imperative that there be encouraged and protected the right of all citizens – not just journalists – to freedom of expression in order to disseminate and seek information, as is contemplated in Article 19 of the Universal Declaration of Human Rights."

The amicus brief also declares that the judge's decision differs from the position of senior United States judicial authorities that have recognized the right contemplated in the First Amendment to photograph and record on video police in public places, independent of the purpose or intention of the citizens.

In addition to Reporters Committee for Freedom of the Press and the IAPA supporting the amicus brief were the American Society of News Editors, The Press Association, Association of Alternative Newsmedia, Association of American Publishers, Inc. and BuzzFeed, among other groups.